Further water bills received today issued again by Anglian Water are also incorrect, the errors appear to be on the trade effluent charges.

Anglian Water were contacted by the Water Bill Validation team at H20 to report the matter yet again and the water company admitted a systems error.

H20 Building Services strongly urges the water company to issue a public statement warning of the system error and report what action they are taking to prevent potentially thousands of business customers from being overcharged.

With the English water retail market opening up to competition in April 2017 this is a worrying development.

Only this week a water bill rebate of over £100,000 was secured by H20 with a further £100,000 worth of overcharging on the same water billing account, this time in the South Staffordshire water company area with further water bill overcharge claims in Scotland, the North West and the North East. 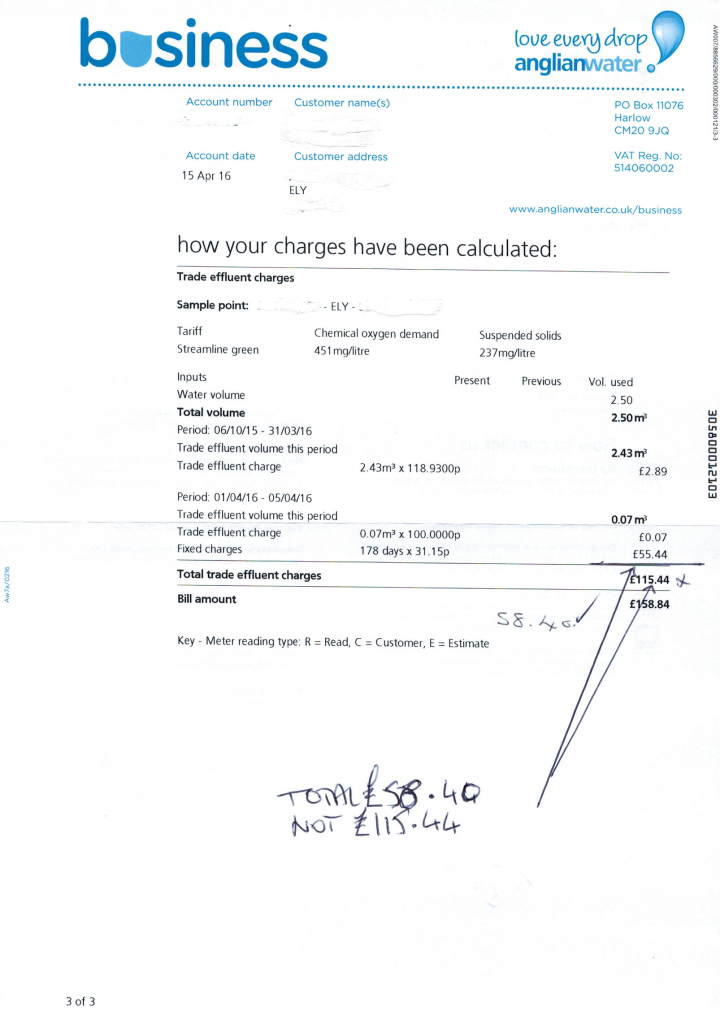