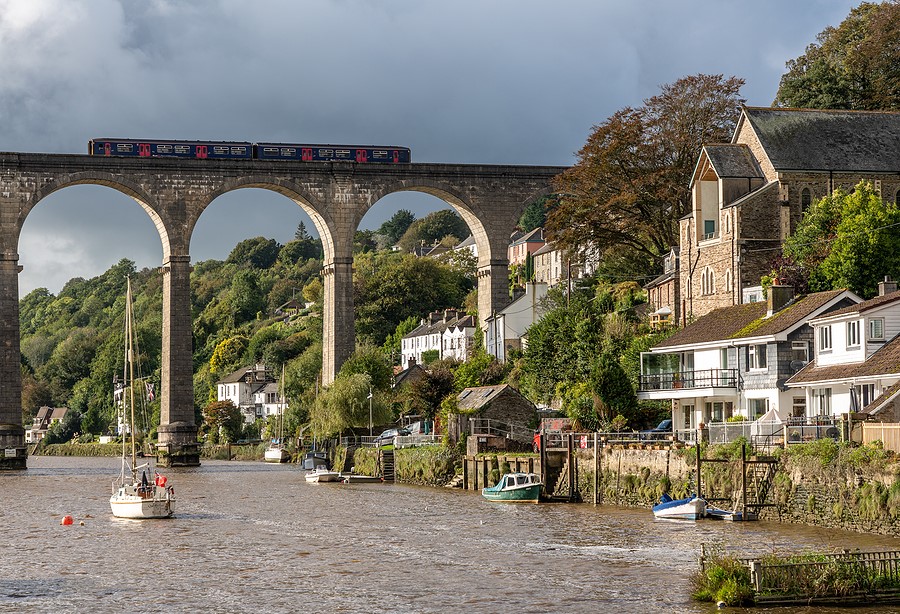 A new flood defence scheme is now underway in Calstock in Cornwall, a project that includes an 11-hectare intertidal habitat designed to improve resilience to climate change and provide both people and nature with a richer environment to enjoy.

This new intertidal area works to offset various impacts of rises in sea levels, as well as climate change, while also cleaning river water by trapping sediment. It was made after a breach of the old flood bank along the tamar in 2021, which later found to be in poor structural condition.

To help tackle the problem, the Environment Agency has constructed a series of new embankments that will serve to protect the wastewater treatment works from flooding, as well as properties in the local community and both the village hall and preschool.

Projects of this kind are of increasing importance, as climate change is taking place in the here and now, with the UK and other parts of the world seeing more extreme weather events  and a rise in flooding, coastal erosion and landslides.

Jess Thomasson, biodiversity officer for the Environment Agency, commented: “As in many of our estuaries, climate change and rising sea levels in the Tamar are leading to coastal squeeze where essential habitat is prevented from adapting and moving towards land by a structure such as a wall or bank.

“So, last year, after many years of careful planning, we started to create a series of interconnected creeks and the material now used to build the new flood banks.

“The breach in the redundant flood bank, allowing tidal water from the estuary to flow in and out of the creeks, has enabled this new vital intertidal habitat to establish in front of the new flood banks.”

In 2021, it was announced that the government will be spending a record £5.2 billion on reducing flood risks over the next six years, with £860 million due to be spent in 2022 to help support over 1,000 different schemes. Yorkshire and the Humber, and the north-west, will see significant funding, as regions that have been hit especially hard over the last few years.

According to the Guardian, tighter guidance was also announced to help prevent the construction of new homes in flood-prone areas. A government-backed insurance scheme has also been amended to give flooded homeowners financial support to protect their homes more effectively.

Government calculations suggest that 336,000 properties will enjoy better protection by 2027, which will help to prevent £32 billion in damage to the economy while reducing the nation’s flood risk by up to 11 per cent.

While these moves were widely supported, some experts have indicated that budgets for flood defences will also need to increase, as will resources for local councils.

Want to find out about water efficiency? Get in touch with H2o Building Services today to discuss conservation strategies.