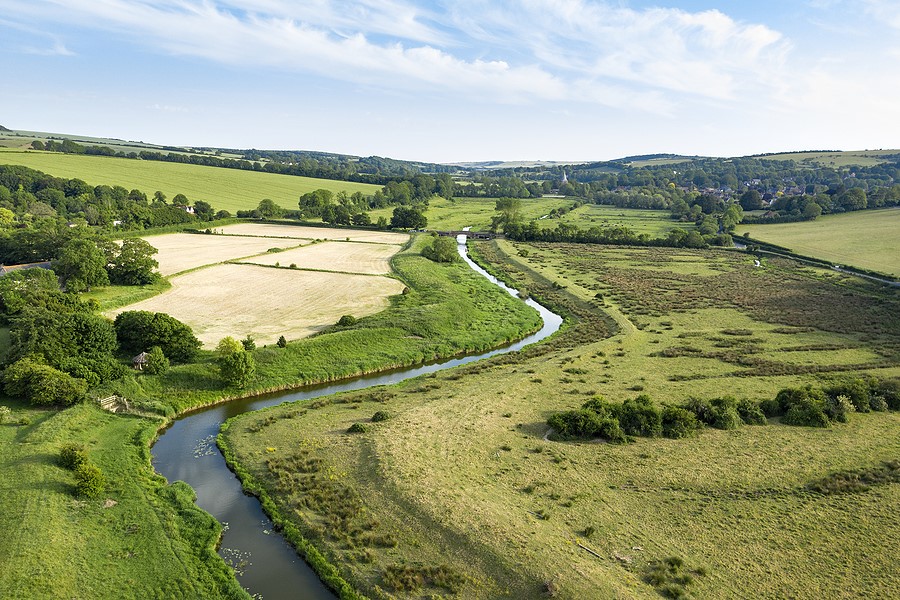 Rivers and chalk streams are some of the UK’s most important natural features, providing fresh drinking water for communities around the country, but also helping support urban growth, agriculture, business and transport for centuries.

There are 260 true chalk streams to be found on earth, with 224 of these in England, according to the WWF State of England’s Chalk Streams report from 2014 – but many of these streams are now in danger of disappearing altogether, in the face of climate change, water abstraction and other threats.

In an interview with the Guardian, conservationist Allen Beechey – who manages the Chilterns Chalk Streams Project – explained that the streams are now being drained in an attempt to meet the increasing thirst of a growing nation, with the process beginning in the 70s, when more homes were being built and being fitted with more domestic appliances.

The likes of washing machines, dishwashers, showers and so on are behind a 70 per cent rise in domestic water use in the UK since 1985, with abstraction rates soaring around the country as a result. This, in turn, led to the drying out of streams and rivers in the 90s.

However, abstraction isn’t the only cause for concern, with global warming driving an increase in heatwaves and drought conditions that are drying out streams, as well.

The Met Office recently warned that there is now a 40 per cent chance that global temperatures will reach 1.5 degrees C above pre-industrial levels in the next five years, which is the top end of the limit set by climate scientists for the warming of the planet.

The increasing numbers of heatwaves seen in recent years have led to a rise in the number of chalk streams drying out in many parts of the country – and less than a gift of rivers in England are now considered to be healthy.

To help address the issue, the Chiltern Chalk Stream Project and community groups in the local area entered into talks with Affinity Water to halt abstraction from the River Chess, which led to the decision to stop abstraction around Chesham… which has helped revitalise the river.

Mr Beechey did note, however, that despite this success, work must be done to slash water usage. He explained: “The Chilterns have one of the highest rates of water use in the country – about 170 litres per person per day – and we need to cut that down.

“In addition, no reservoir has been built in the south-east since the 1970s. We need investment. People assume water will always be cheap, clean and on tap. But there is a limit.”

The WWF report also found that 77 per cent of England’s chalk streams are failing to meet the required Good status, and only 12 out of the 224 streams in the country are currently protected. The key pressures identified were over-abstraction, physical modification for industry or land drainage, sewage pollution, agriculture and septic tanks.

Do you want to find out off grid water solutions? Get in touch with H2o Building Services today.

Water deregulation is upon us before you consider switching water supplier to the big boys read this update.