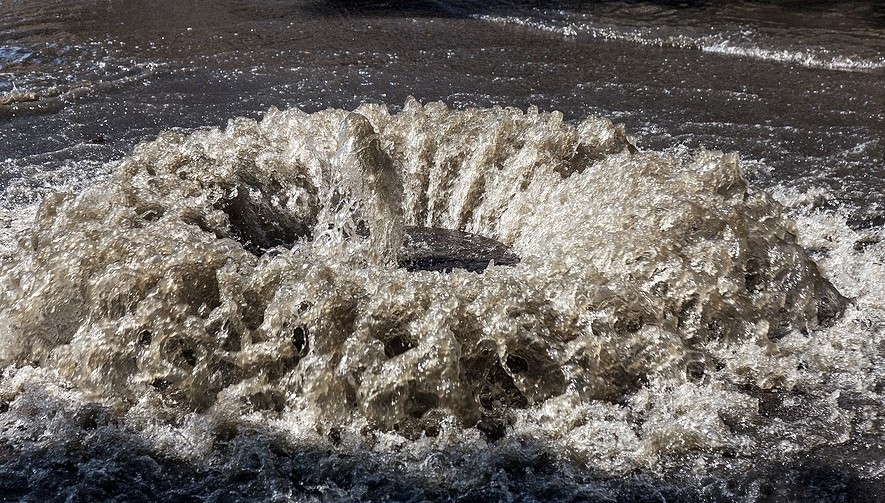 A fine of £4 million has been handed down to Thames Water after a pollution incident saw woodland, a park and the Hogsmill River in New Malden in London badly affected by raw sewage, which escaped from sewers during Storm Imogen back in the winter of 2016.

Numerous high-priority alarms would have alerted staff to the situation but they were either missed or ignored, Aylesbury Crown Court heard on May 26th.

Approximately 79 million litres of sludge escaped from the sewage system across an area of around 6,500 square metres – and it took almost a month for 30 people to clean the mess up, which was ankle deep in some places.

The water supplier’s equipment struggled to deal with the pressure of extreme weather at the time and, instead of the sewage being treated, the pumps failed, which saw raw effluent back up and burst out of a manhole, covering an area the size of three football pitches.

Alarms were triggered after pumps stopped working and this malfunction should have been picked up remotely, with an engineer then sent out to the treatment works, which are unmanned at night. Over the next five hours, nearly 50 warning alarms were set off, but each one was left unchecked.

It then took the supplier 15 hours to report the incident to the Environment Agency, which is a legal requirement, and then a further 12 hours before any sizeable presence was sent to the scene.

Gary Waddup, land and water officer with the Environment Agency, said: “Like similar incidents in the past few years for which they have been prosecuted, better management overall and on the night by Thames Water could have prevented this catastrophic incident.

“It wasn’t the first time sewage had escaped from manholes due to problems at the treatment works in Surbiton. Pollution as a result from problems at the site goes back to 2001.”

This isn’t the first time that Thames Water has hit the headlines for pollution incidents and back in March, it was also revealed that the company was fined £2.3 million for failing to address faulty equipment at one of its sewage treatment plants.

This failure led to a stream being polluted with sewage, killing 1,144 fish and other water life. An Environment Agency investigation found that ammonia levels in Fawley Court Ditch were double the permitted limits and the stream lost almost all its fish to the pollution, taking almost 12 months to recover.

Do you want to switch water supplier but don’t know where to begin? Get in touch with the team here at H2o Building Services to see how we can help you find a retailer that better suits the needs of your business.