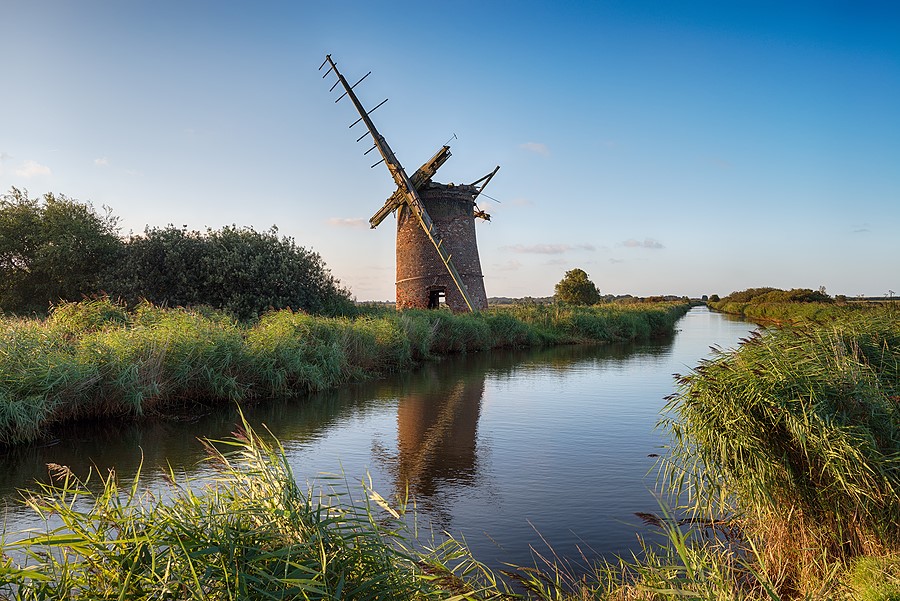 Changes to water abstraction licences for various businesses across the Norfolk Broads have been announced, meaning that alternative and more sustainable sources of water will need to be developed in the future, rather than using rivers, lakes or groundwater.

The Environment Agency has announced that it will either revoke, reduce or constrain licences used by 20 businesses in the Ant Valley, which is home to numerous Sites of Special Scientific Interest.

The region itself is facing significant water pressures and evidence now shows that current abstraction levels could potentially be damaging the local environment. The aim of this new strategy is to bring abstraction back to sustainable levels, with the proposed changes expected to see up to three billion litres of water returned to the environment every year.

James Bevan, chief executive of the Environment Agency, explained that action must now be taken to assist nature in its recovery, moving beyond the stemming of the loss of biodiversity.

He went on to say: “If we don’t address these pressures now, the additional challenges from the climate emergency will bring even greater impacts on the environment and our water resources in the future.

“We also know that businesses need time to adjust, which is why we have worked with the affected licence holders and are giving them up to 2024 to make the necessary changes.”

Nature England has been providing the Environment Agency with expert advice to help them make the necessary decisions. Chief executive Marian Spain commented that this new announcement is an important step in aiding the recovery of a variety of different habitats, home to more than 350 priority species of birds, insects and plants.

These include swallowtail butterflies and Norfolk hawker dragonflies, as well as numerous rare plants like the Fen Orchid, which is very rarely found outside the Ant Valley.

The majority of businesses that take more than 20,000 litres of water a day from rivers or groundwater will need to have an abstraction licence in place.

However, some older licences allow abstraction that can cause environmental damage and the current abstraction management approach isn’t flexible enough to deal with the pressures of rising demand for water and of climate change over the long term.

The government aims to end damaging abstraction wherever it is cost-effective to do so, with data showing that 82 per cent of surface water bodies and 72 per cent of groundwater bodies have sufficient water to protect the environment.

It is also important that any increases in abstraction levels don’t introduce new pressures. Currently, five per cent of surface water bodies and 15 per cent of groundwater bodies are at risk from increased water usage by current licence holders, which could potentially damage the environment.

Do you want to switch water supplier? Doing so could help reduce your water footprint. Find out more by getting in touch with the H2o Building Services team today.