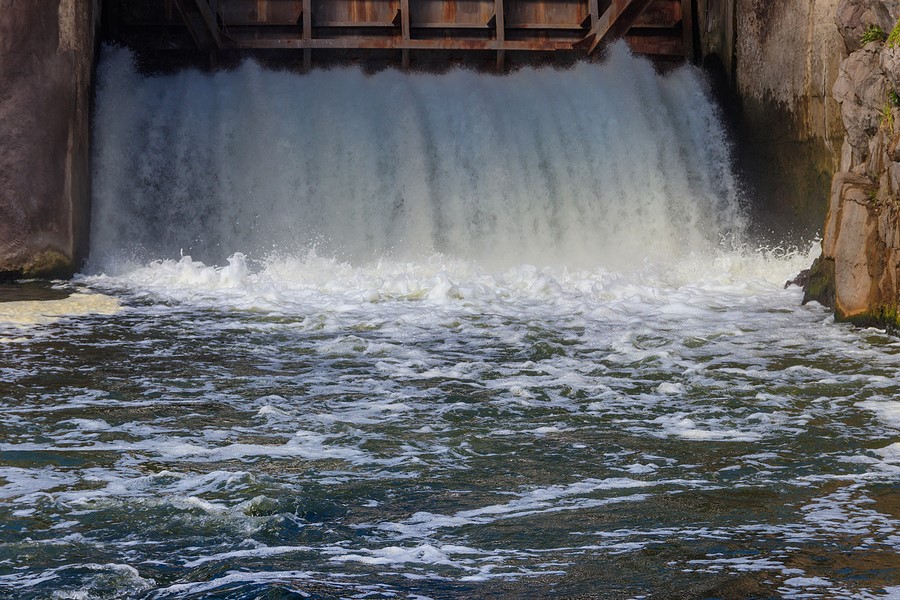 A new project in the River Wansbeck will see sluice gates brought in for three months to manage water levels and reduce the buildup of silt, affecting the stretch of water from Sheepwash Weir to Wansbeck Barrage.

A study carried out last year analysed the various options available for improving the lake in Riverside Park in Ashington, which is popular among those in the local community for water sports and getting out into nature.

Silt buildup on the lake bed is now having an adverse effect on the future of activities such as these, as well as having an impact on local habitats and water quality.

The study also found that leaving the lock on Wansbeck Barrage open for three months would let the river flow through, flushing out some of the silt. The £50,000 trial is being funded by the Environment Agency, with contributions from the National Lottery Heritage Fund, Groundwork NE and Cumbria, Northumberland County Council and Arup engineering.

Wansbeck Barrage itself was constructed back in 1975 as part of a regeneration scheme after heavy industry in the area was dismantled. It created a locked navigable inland waterway, as well as an artificial 4km-long lake and three miles of riverside country park in Ashington.

Heather Harrison, from the Environment Agency’s Environment Programme Team in the north-east, said: “We are working closely with the local community, river users and our partners to safeguard the long-term future of Wansbeck Lake and its surroundings.

“Our 2020/21 study helped us get a better understanding of the options available to improve the water quality and biodiversity of the lake and its sustainability as a recreation ground for local people to enjoy.

“One of the initial options is to try to flush away sediment build up on the bottom of the lake, and the best way to do this is to leave the gates open for three months to see if it has a positive impact.”

This comes after a new Troubled Waters report from the RSPB, National Trust and the Rivers Trust revealed that waterways around England, Wales and Northern Ireland are currently being devastated by pollution from abandoned mines, agricultural waste and raw sewage, which is having a significant impact on nature.

Consequently, many species are now in serious decline or even facing extinction, with the study showing that just 14 per cent of rivers in England currently meet the standards for good ecological status. In Wales, this is the case for under half the rivers, while in Northern Ireland, just 31 per cent are classified as good or high quality.

Some of the UK’s most iconic species are now at risk because of poor water quality, such as salmon, otters and the swallowtail butterfly.

Do you want to switch water supplier? Get in touch with the team here at H2o Building Services today.