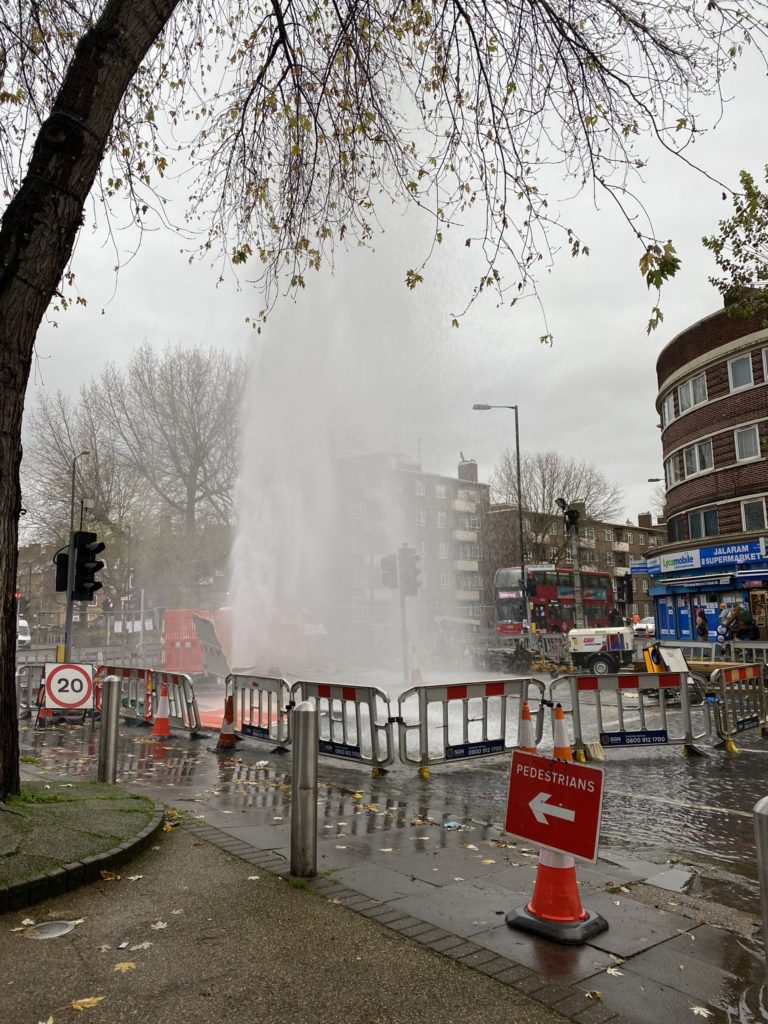 According to the BBC, a water main burst in Stoke Newington in December 2016, the Lea Bridge flood hit in 2018 and October last year saw a mains pipe burst in Finsbury Park, which damaged 177 properties and left thousands without water.

Thames Water has said there is no clear reason as to why the pipe – which was laid in 1892 – failed. It’s understood that the trunk main, which moves between 50 and 60m litres of water a day, split along its length.

Chief operating officer of the water supplier Steve Spencer was quoted by the news source as saying: “It might seem like hollow words, but I want to offer my sincerest apologies on behalf of Thames Water for everything that’s happened.

“The size of these trunk mains and where they run – to replace that while online, we would have to close most of Seven Sisters Road, for example, for a year.”

Those residents who have suffered major disruption are in line to receive £5,000 in compensation, while those who chose to remain in their properties will receive £300.

Commission chair Sharon Patrick suggested that if these floods had taken place in the middle of the night while residents were sleeping, it could have been a matter of life and death.

It might well be that you’re in the north London area and are now keen to switch water supplier as a result of these floods. As a business, you are now able to choose your own water company, after the English water retail market opened up in 2017.

If you’re unhappy with the service you’re receiving from your current supplier, you can now find a company that better suits your needs.

There are numerous reasons why this might be appealing, whether it’s enjoying cost savings thanks to better tariffs and wanting more accurate billing or whether you’re keen to find a supplier that specialises in services for your industry or operational needs.

If you’ve never sourced your own supplier, however, it can be difficult to navigate the deregulated market and there are lots of new retail companies opening every day – so it can be hard to choose the one that’s best for you.

A professional consultancy like H2o Building Services can really come into its own this regard, able to examine your water usage and compare it to your bills to find areas where costs can be reduced and water use made more efficient.

By finding what you use your water for, we can then advise you on which supplier would best suit your needs. Give us a call today to find out more.