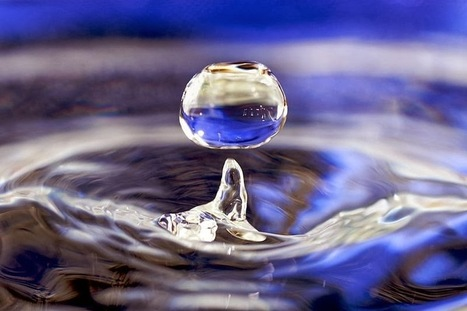 Joint proposals from water suppliers around England showcase plans to plant 11 million trees on about 6,000 hectares of land by 2030, part of an initiative to improve the natural environment and achieve a carbon neutral water industry.

The aim is to restore original woodland and improve natural habitats that can provide carbon capture on land that is owned by the suppliers themselves but also on land provided by the likes of The National Trust, The Wildlife Trusts, the RSPB and local authorities.

The move builds on work that has already been carried out by the water industry. United Utilities, for example, has already planted approximately 800,000 trees since 2005 and has committed to planting an extra 440,000 in the next five years. And Anglian Water has announced it will be planting a million trees, shrubs and plants in urban areas over 25 years.

“Water companies play a unique role in running a vital public service and acting as long-term stewards of our natural environment.

“The trees they plant today will be a testament in years to come of the sector’s groundbreaking Public Interest Commitment, which goes beyond regulatory compliance and which, with the support of our partners, will deliver real social and environmental progress,” chief executive of Water UK Michael Roberts said.

And campaigner at Friends of the Earth Guy Shrubsole made further comments, saying: “Doubling the UK’s tree cover is crucial in the fight against climate breakdown, so it’s great to see this commitment coming from some of our biggest water companies.

“Large landholders, including water companies, have an opportunity and responsibility to use their land in the best way for the planet. We’re therefore challenging landowners everywhere to reintroduce trees and offering to help them on that journey.”

Research published last month (July), carried out by the Crowther Lab and published in the journal Science, suggested that restoring the forests around the world is the most effective solution to climate change that we have available today.

If there is the potential to increase forest land globally by a third without affecting agriculture or existing cities, these new forests could store 205 billion tonnes of carbon once mature. This is around two-thirds of the 300 billion tonnes of extra carbon that exists in the atmosphere because of human activity that has been seen since the Industrial Revolution.

The Global Tree Restoration Potential research paper did stress, however, that urgent action is now needed as the climate is already changing and each year sees the area of land able to support new forests reduced. And even if global warming is limited to 1.5 degrees C, the space available for restoration of forests could be reduced by one-fifth come the year 2050.

Are you looking to switch water supplier? Get in touch with us today.