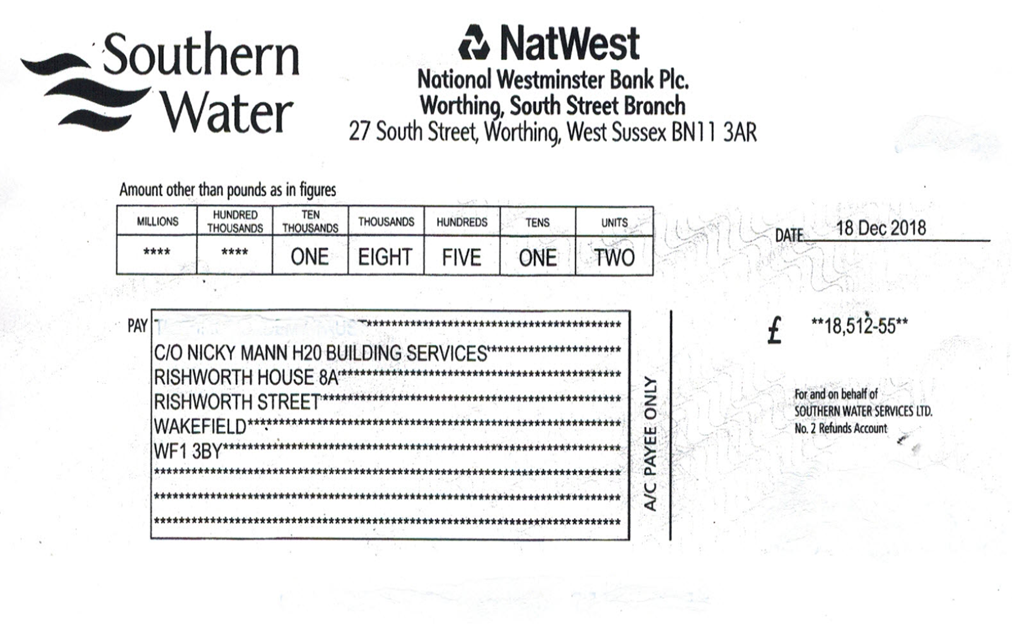 When a school in Kent requested assistance in reclaiming water company overcharges of £7,000 they had no idea they were in fact overcharged a staggering £25,000!

The bursar contacted water audit experts H20 Building Services requesting assistance in claiming a refund of overcharges from Business Stream as nearly a year later the School claimed the water company was not communicating with them to return the much needed overcharges of £7,000.

Within a few weeks the overcharges were repaid and credited to the account and this part of the project was completed. However as is standard practice the water audit team requested copies of historical water bills back to the beginning of when they occupied the building 2006.

The water audit team confirmed the water and waste water bills were overcharged from April 2006 and a further refund was due for £18,500, this was a direct consequence of water company overcharging.

The Bursar at the school is delighted and said “Hi Nicky, that’s fantastic and thank you for your persistence with Business Stream and Southern Water”

A great result for the school with the refund being reinvested into the pupils future education.

Do you suspect your business or organisation is or has been overcharged  on your water, waste water or trade effluent charges?

Upon receipt you will receive confirmation and a free desktop water audit report.

There are literally tens of £millions worth of overcharges and since water market deregulation April 2017 this has increased substantially.