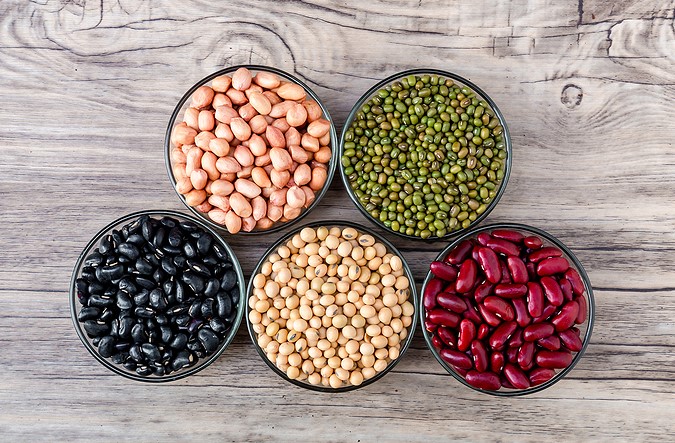 A team of scientists from the University of Sheffield’s Institute for Sustainable Food has developed a type of bean that could potentially use up to 40 per cent less water, providing a more reliable food crop during periods of drought.

The Pod Yield Project compared the differences between the common bean and the tepary bean, which can be found in Mesoamerica and Mexico, and which is able to grow in semi-desert environments.

It is better suited for such conditions thanks to its less dense stomata, which are the microscopic valves on the leaves that control water loss and carbon dioxide intake for photosynthesis.

The researchers at the institute manipulated the size and density of the stomata and were able to engineer crops that can conserve more water and maintain growth during droughts for longer than other types of bean – perfect for cultivation in hotter climates.

The early onset of seasonal droughts in Latin America can see up to 80 per cent of bean yields lost, as a result. But these new bean varieties could save up to three per cent of Mexico’s entire agricultural water use – the equivalent of 45 billion litres of water a year.

Professor Julie Gray from the Institute for Sustainable Food said: “Modern agriculture uses a lot of water – about 70 per cent of the global freshwater – but this resource is diminishing under climate change, and we desperately need to find new ways to allow farmers to reduce irrigation and still provide enough food for our growing population.

“We hope that our work will produce crops that use less water and are better suited to future warmer and drier climates.”

Similarly, field trials were also recently carried out to develop a new generation of gene-edited wheat that furnishes under dry conditions – with Argentina set to become the first country in the world to use it. Varieties of the seed showed an average increased yield of 20 per cent during drought-affected growing seasons.

It’s possible that if and when the crop is approved, more ecological benefits will be seen, such as increased food and economic security, as well as greater environmental protections like a reduced need to expand farmland and carry out intensive agriculture.

Genetically-modified crops are those where the DNA has been altered to feature new traits, such as drought resistance, or the ability to withstand insects. In the UK, there is currently no commercial growing of GM crops, but recent years have seen experimental trials carried out of GM potatoes and wheat.

Do you want to make your business more water efficient? Get in touch with us here at H2o Building services to find out how we can help in this regard.