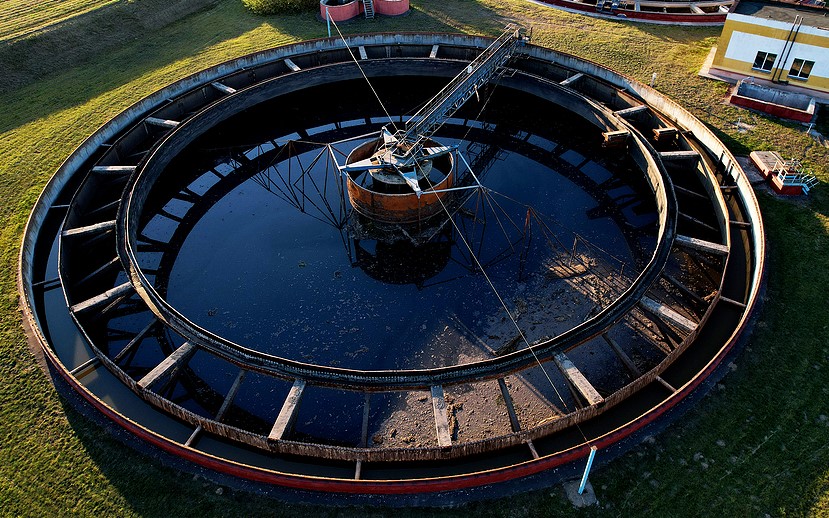 One of the main focus areas at the recent COP26 climate change conference that was held in Glasgow in November was the water crisis and what can be done now and in the future to protect precious freshwater resources.

Water stress and scarcity is, in fact, one of the biggest climate change challenges that the world faces – but, interestingly, it is the least discussed of them all. Every continent on the planet is already affected by water scarcity, with water usage growing worldwide at more than twice the rate of population increase in the last 100 years.

What this means is that there is now an increasing number of regions that are approaching the limit at which water resources can be delivered in a sustainable way, particularly in the more arid parts of the world.

And the problem of water scarcity is only expected to increase over the coming years, with pressure being put on resources thanks to climate change, more extreme weather events, pollution, agriculture, water mismanagement, population growth and increased urbanisation.

As you can see, it’s a very complex problem – made even harder to tackle because different regions face different issues, so there is no one size fits all solution to the crisis. But the good news is that there are lots of potential answers to the problem, so it’s just a matter of finding the one that’s best suited to each region and the particular issues they face.

One far-reaching solution that many places could benefit from, however, is wastewater recycling. There are currently 4.2 billion people around the world who lack access to safely managed sanitation but adopting a circular economy approach and reusing treated wastewater could deliver very real benefits on a global scale.

Interestingly, wastewater reuse has been around for thousands of years, with domestic wastewater (sewage) used for aquaculture and irrigation from as early as the Bronze Age!

However, these days, 80 per cent of global wastewater is not currently adequately treated, despite the fact that over a third of the global population now live in areas facing water stress and scarcity… so it seems that prioritising more effective management of wastewater could yield incredibly positive results where the water crisis is concerned.

There are all sorts of benefits associated with reusing treated wastewater and it is capable of providing a reliable water source for agriculture and industry, as well as potable uses, with lower energy use than other sources like desalination and at lower investment costs… so there are economic benefits, as well as environmental and social ones.

Of course, one of the oft-cited problems with recycling wastewater is the yuck factor, with public perception of this particular resource potentially proving to be a barrier to uptake of the technology. However, new research from Cranfield University has just revealed that this may not be quite as problematic as previously believed – which is positive news for the future indeed.

One of the potential stumbling blocks for the delivery of large-scale water recycling projects is this anticipated negative perception of water recycling – but the study, published at the end of November, has found that this may not be as bad as previously thought.

The surveys formed part of the Horizon2020 NextGen partnership, which aims to advance the circular economy through a range of water-embedded resources, including water, materials and energy.

Dr Heather Smith, senior lecturer in water governance at Cranfield University, believes that the differences between the three countries is down to a perceived closer connection between wastewater and clean water than recovered nutrients and food.

She said: “We looked at the drivers behind people’s reactions, and there is a powerful influence from what we call social norms. Opinions on both recycled water and food were strongly affected by their beliefs in their immediate networks.”

Also commenting on the study, Jos Frijns – resilience management and governance team leader at NextGen co-ordinating body KWR – added that acceptance of wastewater recycling also seems to vary, based on the established trust of utility companies.

Noting that there has been a recent shift in water reuse, particularly in the public sector, Mr Frijns said: “In the Netherlands, there’s high trust in governmental agencies related to environmental control and quality. That helps in citizens trusting reuse initiatives, and that might be a much more important factor in improving acceptability than just informing and educating.”

There are many diverse industries that can benefit from water and wastewater reuse, including breweries, the energy industry, commercial laundries, mining and mineral processing, and so on.

In fact, many different industries have now been prioritising wastewater recycling because of the advantages it brings in terms of resources, money and time – as well as the environmental protections it offers.

Agricultural activity, for example, uses a huge amount of water because irrigated land is, on average, at least twice as productive than rainfed land, per unit of soil, which means greater production intensification and crop diversification. And water usage is predicted to rise in line with population growth, urbanisation and climate change.

But using reclaimed water in agriculture is an increasingly popular potential option for regions facing water scarcity issues, with a recent World Health Organisation report – The Wealth of Waste – suggesting that the recycling of urban wastewater is a key link in integrated water resource management, delivering simultaneous benefits to cities, farmers and natural environmental systems.

Of course, wastewater recycling is just one solution to the water crisis – but it can be done anywhere, so could well ease pressure on global water supplies in the future and allow for focus to be diverted elsewhere in the meantime.

Do you want to improve the water efficiency of your business? Get in touch with the team here at H2o Building Services today.