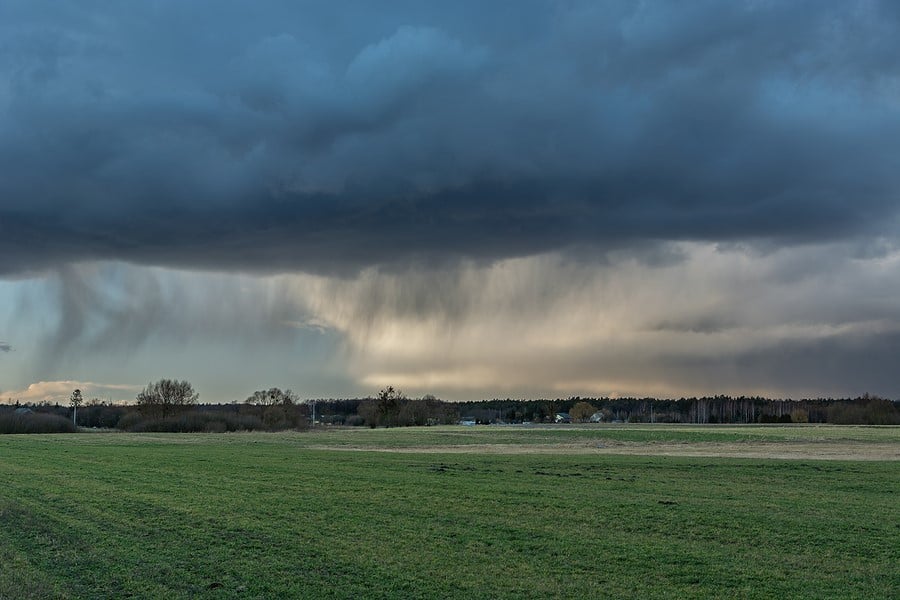 October 3rd 2020 saw much of the UK battered with extreme rainfall, with new research revealing that this was the country’s wettest day in a daily series going back to 1891, resulting in provisional average rainfall of 31.7mm… a volume of rain greater than the capacity of Loch Ness, which is the UK’s largest lake by volume at 7.4 cubic kilometres of water.

Carried out by the Met Office Hadley Centre, the study found that days with extreme rainfall accumulations such as this will become more frequent as the century progresses.

By 2100, given the current climate, this level of extreme daily rainfall could be seen every 30 years, making it ten times more likely than would be seen in a natural environment, with no influence from manmade climate change.

This is, however, the first event attribution study investigating changes in the wettest day of the year, establishing that a sign of more frequent extremes is now being seen, which will continue intensifying in the future.

Senior climate scientist at the Met Office Hadley Centre Dr Nikos Christidis said: “Our study shows that in a medium emissions scenario these sorts of rainfall extremes could become much more frequent, reinforcing the need to plan for the consequences of a warming global climate.

“We are also now starting to see how more frequent extreme rainfall events are already impacting the UK, showing that human induced climate change is already having an impact on the weather we experience in the UK.”

Mark McCarthy, head of the Met Office’s National Climate Information Centre, made further comments, saying that although the drier conditions seen in September last year helped to reduce significant impacts of the record daily rainfall seen on October 3rd, events like this have the potential to “cause damaging effects to infrastructure and services”.

Extreme rainfall can lead to serious flooding and pollution, affecting the nation’s waterways and water resources, which are already under increasing pressure from climate change, water mismanagement, urbanisation and a growing population.

If, as a business, you’re keen to boost the water efficiency of your site, the good news is that there’s a lot that you can do in this regard. Get in touch with us here at H2o Building Services to find out what water-saving solutions there are available and which might be the most appropriate for you and your business operations.

We can carry out a water audit of your site to see how and where you use water, which will then enable us to make recommendations to help you save water – which will also have the added benefit of saving you money, as well.