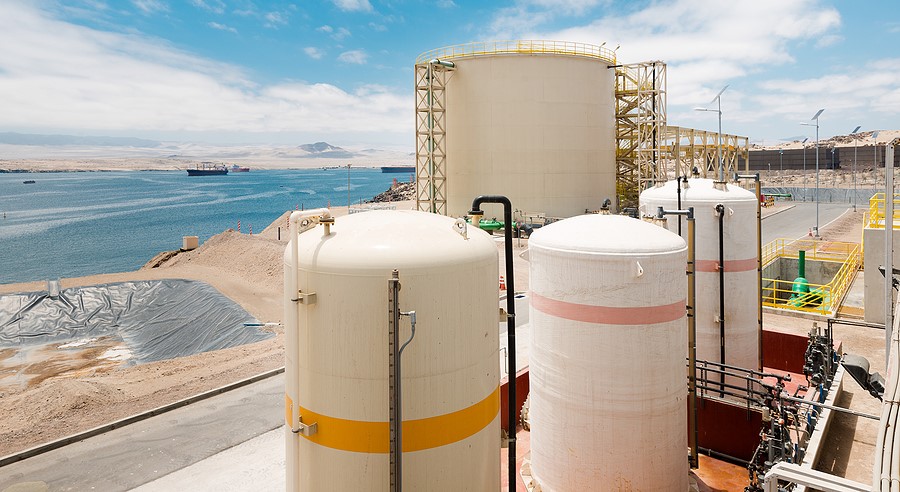 Green hydrogen projects are on the rise around the world, using hydrogen fuel created through renewable energy instead of fossil fuels to provide power for manufacturing, transportation and so on – and the only byproduct of the process is water.

This, of course, makes them a very attractive option in tackling the problems posed by climate change and the impact that human activity is having on the planet… but it’s possible that increased use of green hydrogen could actually make the challenges posed by water stress and scarcity even harder to address.

Research from Rystad Energy suggests that almost 85 per cent of the green hydrogen capacity in the global pipeline might have to source water needed for projects from desalination, which will drive up the costs of water substantially, Recharge News reports.

Analysts from the organisation say that 620 million cubic metres of purified water will be needed annually in order to meet the needs of the announced green hydrogen projects set to be built by the year 2040… and nearly 85 per cent of this capacity is due to be built in regions like Spain, Chile and Australia, which are all facing serious water stress concerns.

Rystad said: “Hydrogen electrolyser projects in the high to extremely high water-stressed countries will almost certainly require desalination for their water supply – potentially implying a demand of 125.7 million cubic meters of water annually for desalination by 2040.

“Demand for desalination could grow fivefold to 526 million cubic meters by 2040 if all the hydrogen projects within regions with water stress levels above medium are realised.”

Because the majority of the costs associated with green hydrogen come from the price of renewable energy, many developers out there are looking to build their projects in sunny, dry regions – ones facing water stress – because solar power is cheap to produce.

Because of these water stress concerns, desalination of brackish groundwater or seawater would potentially be necessary and desalination is a very power-hungry process, so additional renewable energy would be required to make sure the hydrogen is green, driving up costs as a result.

Do you want to find out more about water efficiency? Get in touch with H2o Building Services today.