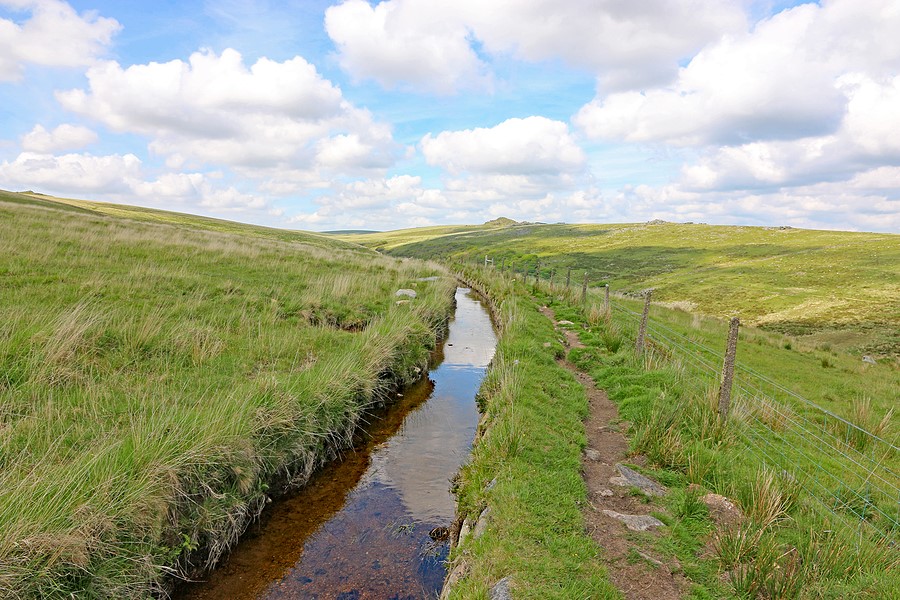 A farmer and junior rangers have been working to preserve a 19th century waterway on Holne Common on Dartmoor in Devon, a project that has taken months to complete.

According to the BBC, the 170-year-old waterway was restored by farmer John French, alongside youth and junior rangers from the Dartmoor National Park Authority, with the channel running for almost five miles and providing people and livestock with drinking water.

Mr French’s family have lived and worked the land at Michelcombe Farm since the 1860s, with this latest development forming part of a three-year Our Upland Commons Project, which is working to protect upland commons in Dartmoor, the Shropshire Hills, the Yorkshire Dales and the Lake District.

The project is an important one, delivering a range of outcomes and benefits for communities, people and heritage. Common land is that which is privately owned but with Rights of Common in place, typically used for grazing animals.

Commoning, as it is known, is an ancient land management practice dating back to 1215, with a group of farmers (anything from one or two to more than 100) sharing a piece of land, without fences or boundaries.

Using land for pasture, rather than agriculture, has helped to protect landscapes around the country for more than 1,000 years, with grazing helping to maintain the balance of delicate ecosystems to be found there, protecting all sorts of rare wildlife, including birds and butterflies.

Regarding this particular part of the overall commons project, Mr French explained that a special digger was used to clear weeds from the bottom of the historic waterway, saying: “It was an opportunity to reflect on the skill of the Victorian engineers who first cut the leat for local businessman, Mr Hamlyn.

“He needed it to power water wheels at his mills in Buckfastleigh and he certainly invested in the right people to get the job done. With a bit of regular maintenance and one-off renovations like this it still works.”

Sustainable farming and land management is only going to become more important as time goes on and the realities of the climate crisis are felt increasingly around the UK – and around the world.

Experts believe that, if current trends continue, global demand for water could outstrip supply by 40 per cent come 2030 so it’s important to take steps now in order to protect precious resources for future generations.

Water is also critical for food supply, so water shortages could have an impact on food production, as well. A constant and reliable source of water is necessary for all sorts of farming and food production, but population growth has led to a rise in demand for resources and this, coupled with climate change, is putting increasing amounts of pressure on supplies.

With global population numbers expected to hit nine billion by 2050, it seems that the situation is only going to deepen. If you’d like to find out how to reduce your own water footprint and help protect water resources for the future, get in touch with the team here at H2o Building Services today.