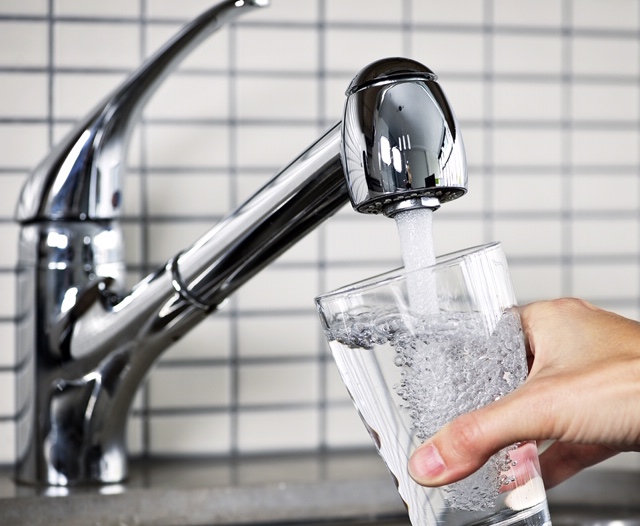 Drinking water supplies in the north-east of England are being afforded greater protection thanks to a now-completed mine water treatment scheme in Northumberland, which can treat the equivalent of 2,400 Olympic-sized swimming pools of water annually, removing over 300 tonnes of iron in the process.

The Coal Authority’s Lynemouth facility has just seen its £4 million second phase come to fruition, built on the site of the former Lynemouth colliery. It is one of the organisation’s biggest treatment facilities, pumping and treating iron-rich mine water before releasing it into the North Sea.

When the pumps keeping a mine dry are turned off, water levels recover themselves and naturally occurring minerals are picked up off rocks, including iron, which can affect water quality. At Lynemouth, the groundwater lies above the coal measures and if water rises unchecked, irreversible pollution could affect this water source.

If mine water rises above sea level, it’s possible that uncontrolled discharges make their way into rivers and the sea, which can also have a detrimental impact on wildlife and local habitats.

“Our scheme will ensure rising water in the historical underground coal workings is effectively managed, protecting around 1.6 million cubic metres of groundwater and preventing uncontrolled discharges into rivers and the sea,” operations director at the Coal Authority Carl Banton said.

Project manager Jim Bagnall made further comments, saying that it was always the intention to complete the scheme in phases, with the first two treatment lagoons constructed in 2015 to slow the rise of the mine water.

This gave the team time to ascertain what kind of long-term capacity would be required, with five new lagoons coming online at the start of the year.

It’s important to do all we can to protect drinking water around the UK in as many ways as possible, given recent warnings from the Environment Agency that the country is facing supply shortages by the year 2050 unless action is taken now to curb use and wastage.

Water leaks need to be prioritised, with three billion litres of water lost each day to leaks, while population growth and climate change are also going to put increasing pressure on supplies in the future.

So what can be done? Businesses can improve their water footprint quickly and easily by having a site audit carried out. This will show you how and where you use water, including waste water and property drainage. Once you have this information, you can then think about making changes to help protect this precious resource of ours.

You may also benefit from automated meter readings, which can identify spikes in usage to help you spot leaks, meaning you can sort them out immediately, saving water and reducing your bills at the same time. Get in touch with us today if you’d like to find out more.