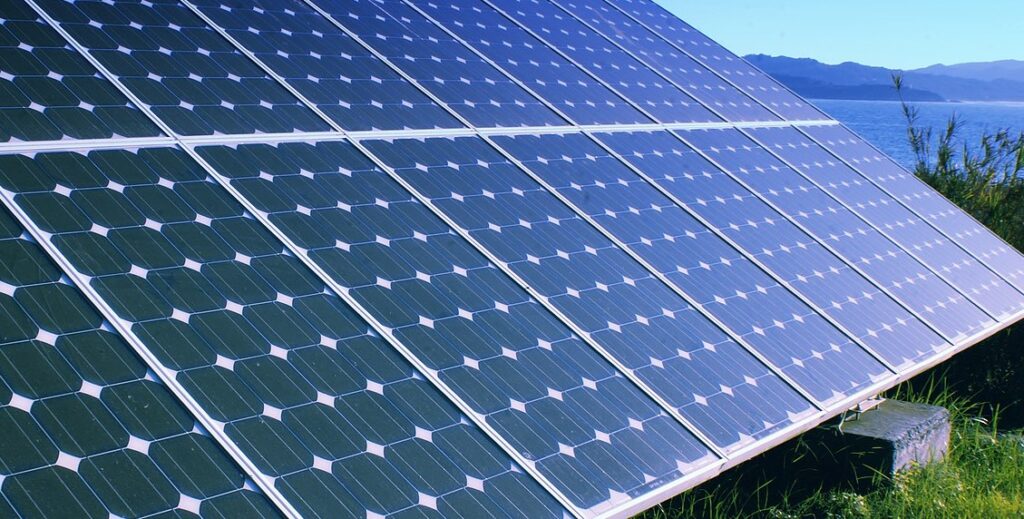 New solar technology is currently being piloted by scientists in Saudi Arabia that could be used in deserts and other arid regions to deliver a sustainable and relatively low cost way to improve water and food security for local communities.

The process involves drawing so much moisture from the air that it can be used to grow plants, while producing electricity at the same time, the Independent reports.

The concept is based on using water-absorbing hydrogel beneath the solar panels themselves, helping them to stay cool and work more efficiently. The panel is mounted on a large metal box that condenses the water and harvests it for use.

It was developed by professor Peng Wang, professor of environmental science and engineering at the King Abdullah University of Science and Technology. When the panels are generating electricity, the absorbed water is driven out of the hydrogel as steam, with the metal box below then collecting this vapour and condensing it into water.

It was found that by using the hydrogel, the efficiency of the panels was increased by up to nine per cent, achieved by heat absorption that lowers the overall temperature of the panels.

A plant-growing test was later conducted in Saudi Arabia using the system over the course of two weeks in June, during very hot weather. The water that was harvested solely from air was used to irrigate 60 water spinach seeds that had been sown in a grow box. Over the two weeks, around two litres of water was condensed from the hydrogel.

Mr Wang was quoted by the news source as saying: “A fraction of the world’s population still doesn’t have access to clean water or green power, and many of them live in rural areas with arid or semi-arid climate.”

“Our design makes water out of air using clean energy that would’ve been wasted and is suitable for decentralised, small-scale farms in remote places like deserts and oceanic islands.”

Water scarcity can be caused by a variety of different factors, whether it’s inadequate infrastructure, water mismanagement, extreme weather, urbanisation or our growing population. As the UN explains, it can already be felt across all five continents, with global usage growing at over twice the rate of population increase in the last 100 years.

As a result, there is a growing number of regions that are approaching the limit at which services can be delivered – and countries are now being urged to tackle the critical challenges that water stress poses, treating water as a scarce resource and prioritising water management to cope with increased demand.

Businesses can help make a difference by reviewing their own water footprint and seeing if there are any ways in which they can make improvements in this regard. If you’d like to find out more about reducing your water usage and consumption, get in touch with H2o Building Services today.