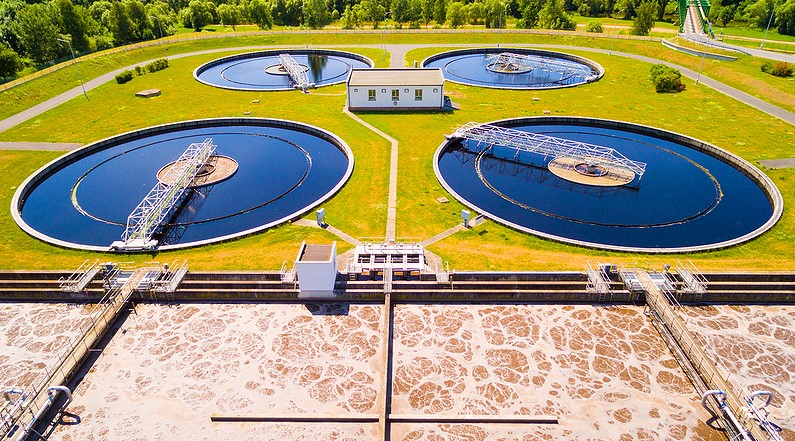 Welsh Water has revealed that it has been investing over £50 million to build a new energy generating facility at its Cog Moors Wastewater Treatment Works, with the plan being to generate enough energy to power the works and make it an energy neutral site.

Welsh Water is one of the biggest energy users in Wales, operating a network of 27,500km of water mains, over 30,000km of sewers, 838 sewage treatment works and 66 impounding reservoirs.

Over the last few years, it has been investigating how to generate electricity across its various sites and it currently generates 25 per cent of its energy needs through advanced anaerobic digestion, solar, hydro and wind. It intends to be 35 per cent self-sufficient by the year 2025.

This latest investment at Cog Moors Wastewater Treatment Works forms part of Welsh Water’s commitment to be carbon net zero by 2050, with more than £200 million invested in anaerobic digestion plants across Wales to date.

Programme delivery manager Shaun O’Leary said of the Cog Moors project: “The advanced anaerobic digester at Cog Moors will improve the way we treat the wastewater at the site, as well as help us to reduce our carbon footprint by producing renewable energy. It will also help keep customer bills down as we will be using our own energy to help power the treatment works.

“The work at Cog Moors has been ongoing since 2018, and we’re pleased to say that it’s nearing completion. The new process for recovering energy from the waste processed onsite will be in full service following the commissioning process, which is anticipated to be completed during the spring.”

The process involves digesting sewage sludge in the absence of oxygen, which breaks the sludge down and produces a gas rich in methane. Also known as sewage gas, biogas is then burned in a V8 engine to produce electricity and heat.

This electricity will then be used to power the sewage works, with the heat maintaining the digesters at approximately 36 degrees C to make sure the sludge is broken down and made safe for recycling to farmland.

Other projects that Welsh Water is involved in include hydroelectric generators at Llyn Brianne Reservoir, with power created from water released into the River Towy. These turbines use the potential energy of water in the reservoir and convert it into electrical energy once it’s released into the river.

Do you want to improve the water footprint of your business? Get in touch with H2o Building Services today to find out how this can be achieved.

The Water Industry National Environment Programme To Be Reviewed