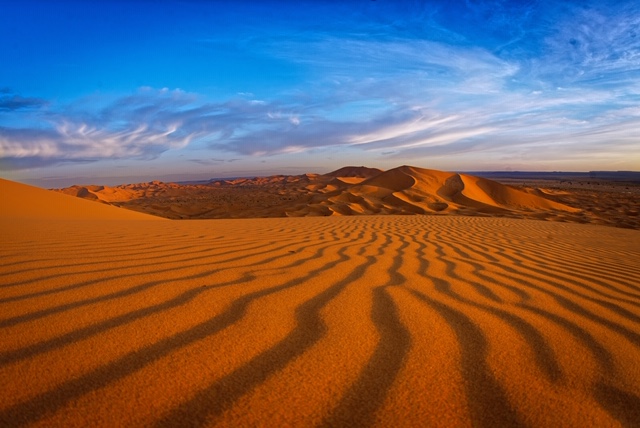 Seeing how other drier countries manage drought and water stress and scarcity is essential for places like the UK which, while not currently experiencing severe issues in this regard, will have to start making improvements to its water footprint given the impact that climate change and a growing population is expected to have on national water supplies.

Morocco, for example, has been dealing with a drop in rainfall since 2015 and this, coupled with a rise in demand for water, has seen a 45 per cent average fall in the dam-filling rate around the country, the North Africa Post reports.

Logistics and water minister Abdelkader Amara explained that a huge amount of evaporation of dam water is seen because of the heat, while over-irrigation depletes groundwater. As such, in regions where water storage has hit critical levels, such as Souss, the country has called a halt to irrigation.

In Souss Massa, water reserves are down 67 per cent, while in Tangier they’ve fallen 22 per cent, Sebou 24 per cent, Tensift 47 per cent, Draa 58 per cent and Bouregreg 49 per cent.

This year’s cereal harvest has been severely affected by the drought, reduced by 49 per cent to three million tonnes… and it has been predicted that water storage in the country’s dams will decrease further because of evaporation and high demand over the summer months.

While the UK isn’t facing drought conditions at the moment, water stress and scarcity is a global issue and one that can no longer be ignored. Experts are now saying that parts of the country could run dry in as little as ten years, so action must be taken – and soon – if this is to be avoided.

So what can businesses do to help reduce their water consumption and protect our precious water resources for future generations?

The good news is that there’s a lot that can be achieved in this respect so it’s simply a matter of sitting down to work out how your business uses water and where, so you can decide which strategy would be most suited to your operations.

Water leak detection and repairs could be a good place to start, since three billion litres of water is lost to leakage in the UK each and every day. Monitoring your water flow regularly can reveal spikes in usage, which may suggest you have a leak – so you can repair it immediately, saving water and saving you money at the same time.

Or you could consider a rainwater harvesting system, which stores the water that falls on the roof of your site to be used for applications such as toilet flushing, laundry and process water, and even irrigation.

If you’d like to find out more, get in touch with the team here at H2o Building Services to see how we can help you improve your water footprint today.