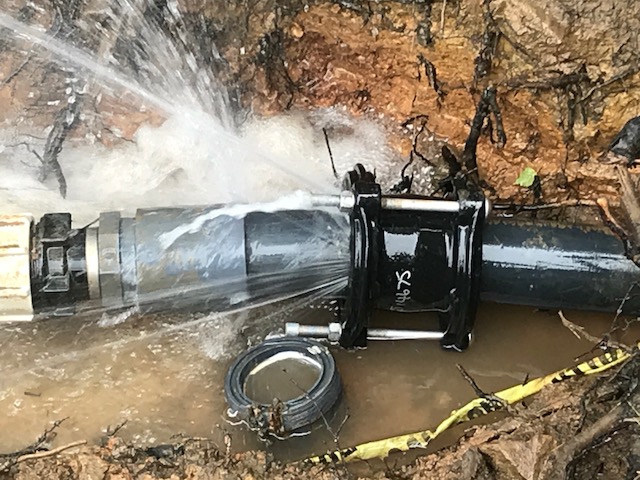 Environment secretary Michael Gove has called on water company bosses to offer up an explanation as to why water leakage targets have not been met, his comments coming at a time when the UK has experienced the driest beginning to a summer since 1961.

He explained that companies have a lot more to do in order to address the leakage issue, saying that he has made it clear repeatedly that improvements are necessary, the BBC reports.

While United Utilities is bringing in a hosepipe ban on August 5th, the supplier has also been accused of wastage 430 million litres of water a day because of leaks. Research from the GMB union shows that the company was allowing 175 Olympic-sized swimming pools’ worth of water to be wasted each and every day.

Speaking to the news source, a Water UK spokesman explained that a top priority for the water industry is tackling leakage. The representative said: “We know how important it is for customers and since the mid-1990s companies have successfully managed to reduce leakage levels by a third. We know there is more to do, which is why water companies are currently developing ambitious plans to cut leakage even further.”

Not only have water levels in lots of our reservoirs fallen dramatically over the last few weeks, but the Environment Agency has also had to deal with 44 environmental incidents, from moorland fires, dry boreholes and algal blooms to low river flows and fish rescues.

Earlier this year, it was reported that water pipes in London have burst and leaked 36,000 times in the last six and a half years, with some local businesses saying that their basements have been damaged as a result.

However, you don’t have to wait for water suppliers to take action and really prioritise water leak detection. You can start doing this yourself if you get in touch with a water consultancy firm like H2O Building Services.

You won’t be able to spot leaks yourself without the help of a professional company well used to doing this for others because the majority of leaks are so tiny and take place out of sight underground that all too often they’re not noticeable until you start to see water damage at your place of business.

What you need is someone to come and carry out a water leak investigation as part of an overall site survey. The tiniest of leaks can then be identified and repaired in order to reduce wastage and save you money into the bargain. You are able to spot leaks by looking at hikes in your water bill but because these bills often include lots of different costs and standing payments, it can be very tricky to understand just what you’re being charged for.

If you’d like any help or advice with regards to your water bills and possible leaks on site, get in touch with us today.

Water leak detection team identify a 1.320 million gallon water leak and you wont believe the cause!

What is the best way to find a water leak ?