Businesses and homeowners in Croydon might well benefit from prioritising water leak detection and repairs in the new year, following the publication of new research revealing that the town is in fact the leakiest in the UK, with the highest number of escape of water claims.

The Zurich UK study analysed data from 2017 to put together a list of the 20 leakiest places in the country, with the top five made up of Croydon, Romford, Kingston upon Thames, Motherwell and Southend-on-Sea.

These were followed by Twickenham, Harrow, Guildford, Reading and Ilford to round out the top ten. In terms of cost, however, Bolton came top in the country for the most expensive claims, with an average value of £17,138, followed by Torquay at £14,383 and Llandudno at £7,353.

Home insurance expert Phil Ost commented on the findings, saying: “The country has experienced its first taste of winter with temperatures dropping well below zero. While we all wrap up against the cold it’s also worth taking a moment to think about our homes.

“Water damage, commonly arising from cracked or damaged pipes due to freezing, can prove costly; often going unnoticed and spreading though the house. Not only does this cause a dent in finances worth thousands of pounds but it can also ruin valued possessions. Small steps such as insulating pipework can help prevent any watery woes.”

Damage caused by mains water pipes emerged as the costliest issue to do with water leaks, with average claims valued at £5,958. This was followed by burst water pipes, fixed water tanks, leaking pipes and malfunctioning household appliances. Leaking pipes were found to be responsible for the highest proportion of escape of water claims, followed by leaks from upstairs flats and burst water pipes.

Unfortunately, it can be incredibly difficult to know if you do have a leak – and it can be just as hard to find the leak once you’re aware you may have one. A lot of the time, leaks are so small that they’re barely even noticeable or they’re tucked away underground.

The majority of leaks do take place well out of sight and out of mind and you may not know there’s a problem until you start seeing signs of water damage.

It’s important to keep on top of it, however, because even the smallest trickle of water can become a very serious problem over time. You run the risk of huge repair bills for water damage, as well as hikes in your water bills because of the amount that’s being wasted.

Arranging to have a water audit carried out is a must if you’re worried about this, so get in touch with us here at H2O Building Services today to find out how we can help. 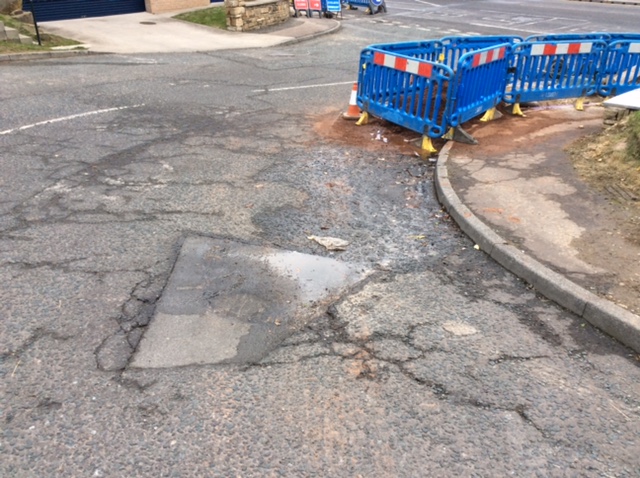 Water leak detection team identify a 1.320 million gallon water leak and you wont believe the cause!

What is the best way to find a water leak ?