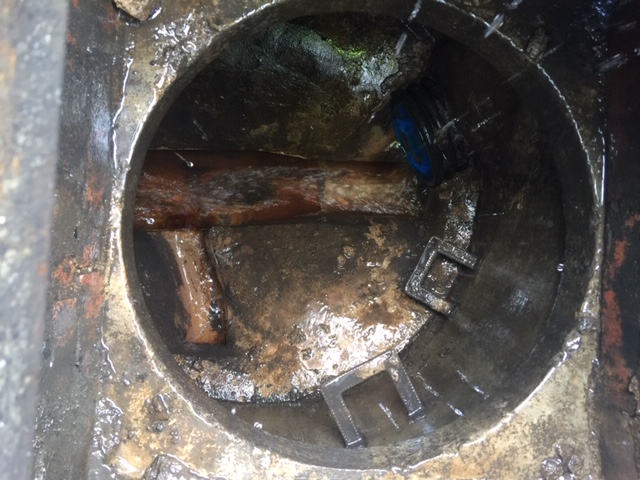 When it comes to water leak detection, it seems that Thames Water is going above and beyond at the moment, having just discovered an invisible leak far underground as part of the supplier’s latest intensive campaign for leaks across London’s trunk main network.

Water was found to be escaping from a 16” cast iron pipe buried 2.5m beneath Guildford Street next to Great Ormond Street hospital, a leak that was losing up to three million litres of water daily.

It took nearly two weeks for the repair on this leak to be carried out, with specialist teams of experts working prolonged hours in order to minimise disruption for those living nearby.

A record number of leaks throughout the capital is now being uncovered by Thames Water, with 39,000 repairs carried out in the last financial year – a rise of 30 per cent in nine years.

Head of water networks at the company Tim McMahon explained that this is one of the biggest leaks below ground that has been found and the supplier is delighted to have repaired the problem, given how much water was being wasted.

“Leakage is a top priority. We’re determined to drastically reduce the amount of water that escapes from our pipe network to help protect customer supplies for now and future generations,” Mr McMahon said.

This particular leak was found by using state-of-the-art equipment like correlators and ground microphones to identify its exact location, listening out for the sound of water and measuring the time delay between two points.

The problem with water leaks is that they’re often so small that they’re barely noticeable, or they’re tucked away below ground where they’re very much out of sight, out of mind. Unfortunately, even the smallest leak can prove problematic over time and can end up costing businesses a huge amount of money if they’re not found quickly enough.

You’ll have to pay for the wasted water and the repair job on the leak itself, as well as any water damage sustained as a result, which is why it makes sense to prioritise the detection of water leaks throughout the year so you can find problems before they become insurmountable.

It’s also worth bearing in mind the environmental cost of a water leak. Water stress and scarcity is a huge problem these days and one that’s getting worse thanks to climate change – so all of us now need to do all we can to protect this resource and safeguard it for future generations.