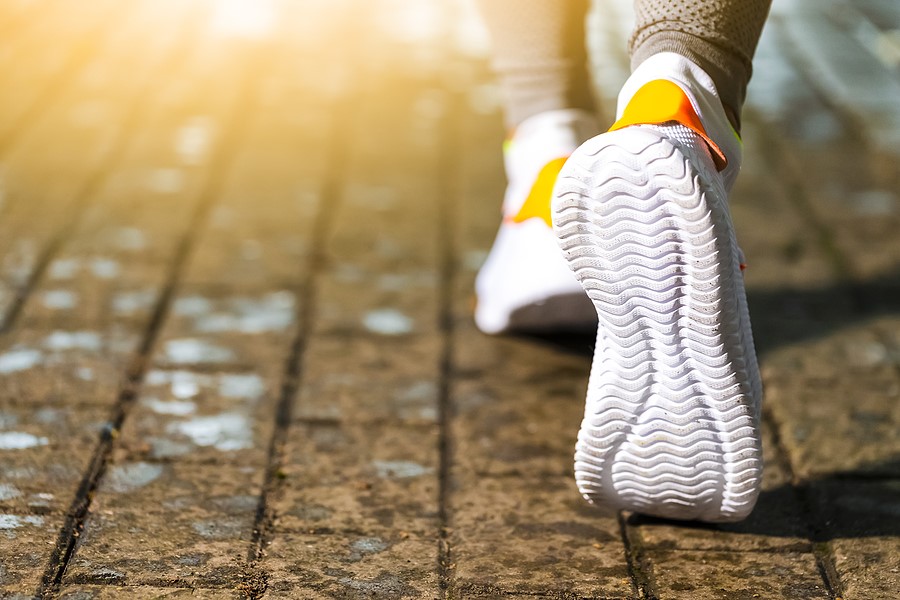 Those of you who follow the global water crisis closely may well have already come across the name Mina Guli, an ultra runner who’s using her passion for the sport to drive conversations about this most pressing of issues and find a solution to the problem so that future generations don’t have to worry about water stress and scarcity.

Although the incredible Ms Guli, who grew up in the Melbourne suburb of Mount Waverley, is now an ultra runner, water advocate and entrepreneur, this wasn’t always the case.

In fact, she once had ambitions of being a doctor and – almost ironically – she grew up with a relatively deep loathing for physical activity, going out of her way at school to get out of anything that involved sports.

However, while she was at university, she hurt her back so badly in a swimming pool prank gone awry that her doctors told her she would never be able to run again… news that she flipped on its head and used as an opportunity to redefine her limits and prove to herself that she could indeed defy the odds.

But how does this all tie in with the water crisis?

Well, as Ms Guli explains, she actually fell into climate change activism quite by accident, taking on a project at the Sydney Futures Exchange that no one else was interested in.

From there, she moved to the World Bank and Washington DC before heading to London and Beijing, where she co-founded Peony Capital, an investment firm focusing on climate-friendly project development.

Through her company she was able to join the World Economic Forum’s Young Global Leaders community, where she discovered the problem of invisible water and the incredible amount of resources required to make everyday items like food and clothing.

And this proved to be a truly pivotal moment in her life, with her new ambition now to help solve the global water crisis… which saw her launch the non-profit organisation Thirst in March 2012 – and come up with the idea of an ultra-running campaign for raising water crisis awareness.

7 deserts in 7 continents in 7 weeks

By 2030, global water demand will be 40 per cent greater than supply – a fact that Ms Guli was keen to bring attention to, so in 2016 she decided to #runforwater and run 40 marathons across seven deserts on seven continents in seven weeks.

She said: “As we seek to create our own environments, and to find our own comfort, we forget that it is always at the cost of something else. I think most people will change their habits if they knew the cost at which we demand them. Our natural resources provide life to us. And if we destroy them, we destroy ourselves.”

One of Ms Guli’s runs was across Jordan’s Arabian Desert. The country itself is, in fact, the third-driest in the world, with a water supply that’s only sufficient to sustain four million people. The population has now reached ten million.

In 2018, Ms Guli launched another running awareness project, starting at the New York City Marathon on November 4th and finishing 100 marathons around the world later!

This movement is a call to each of us to take up arms and save water, coming together to change how we use, consume and think about this precious resource. Ms Guli ran so hard that, after 62 marathons in 62 days, she actually broke her leg

The message here is that every one of us has the power to take action and help to solve the water crisis, whether that’s by turning off the tap when brushing your teeth, reducing food waste or by finding innovative new ways to save water. As individuals, we can make an impact but together we can change the world!

In an interview with Real Leaders, Ms Guli explained: “It’s so weird for me to be in this situation where running has become what I do,” she says. “I did it because we needed to have a way to create a hook for people to pay attention to water.

There’s a lot that businesses can do to take action and help reduce pressure on freshwater supplies, but the first step is to work out what your water footprint actually is so you can see where and how you use water.

This will allow you to find the most appropriate water-saving solutions, which can then be adjusted over time in line with your water usage and consumption habits.

The first step towards achieving this is to have a water audit of your site carried out, which will reveal any vulnerable areas across your site, as well as any spikes in usage that could be an indication of a water leak somewhere on the premises.

Water leak detection and repair is a great place to begin if you do want to start saving water now and well into the future. Some three billion litres of water is lost through leakage every day in England alone, so it’s possible that you have a leak onsite that you’re not even aware of.

Another added benefit to saving water is that you’ll save your business money at the same time – so get in touch with the H2o Building Services team today to find out how to get the proverbial ball rolling.