Why Are Wetlands So Important? 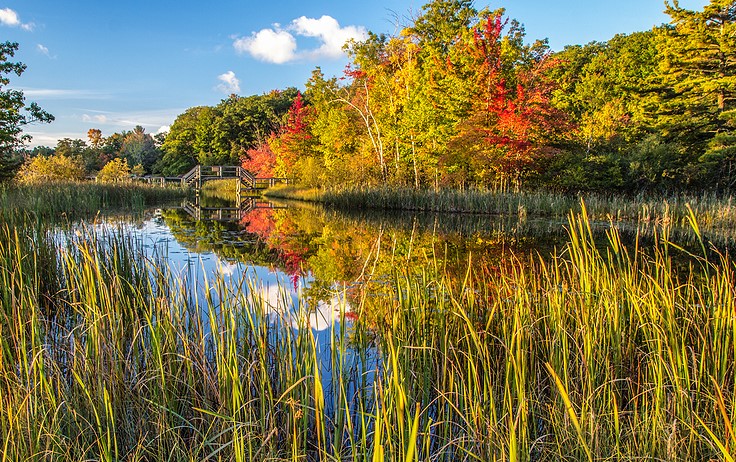 World Wetlands Day has just taken place, held on February 2nd, with the focus of this year’s campaign taking action for wetlands and appealing to invest political, human and financial capital to save these habitats from disappearing all over the world, as well as restoring those that have degraded over the years.

To the untrained eye, wetlands may seem underwhelming at first, especially if they appear in the form of a marshy bog or a garden pond – but, in fact, humans and wildlife both have relied on these habitats for thousands of years… and they may well prove to be pivotal in the fight against climate change and global warming as time goes on.

There are different types of wetlands, ranging from rivers and streams to floodplains, deltas and estuaries, lakes, ponds, ditches, wet grasslands, marshes, mudflats, peat bogs, fens and mangroves, among others.

They all form part of the world’s natural infrastructure and are teeming with biodiversity, providing homes for all sorts of endangered species, as well as supporting freshwater aquatic life and serving as stop-off points for migratory birds, somewhere they can rest and recharge.

Wetlands have also supported humans for thousands of years, with civilisations springing up around them all over the world. To this day, they continue to provide people the world over with food, water and lots more besides.

Where water is concerned, wetlands not only hold most of the resources available but they also work to improve water quality by filtering out pollutants for us.

The water crisis is one of the biggest issues we face, a situation that is being exacerbated by pollution, urbanisation, climate change and wetland loss. As water stress and scarcity becomes increasingly prevalent, wetlands will only become more and more essential in the fight against climate change.

How can wetlands help with climate change?

Wetlands represent one of the strongest weapons we have in our arsenal in the fight against climate change, not only helping to reduce the impact of extreme events but also tackling the problem itself head on.

The UK is expected to see more extreme weather events in the near future and wetlands can help mitigate the risks associated with this, soaking up intense heavy rainfall and providing flood protection. They also work to store and release water slowly during the drier months of the year, which can offer some protection against drought, as well.

Peatlands and bogs are also able to operate as carbon sinks, absorbing and storing large amounts of CO2 – so perfect for tackling climate change, since it’s estimated that 60 per cent of the world’s environmental footprint is carbon-related.

While it takes centuries for wetlands like peat bogs to form, technology now means that new wetlands can be created in just a couple of years – so it will be interesting to see if this becomes more of a focus in the future.

Do you need help devising a new water strategy? Get in touch with the team here at H2o Building Services today to find out more.