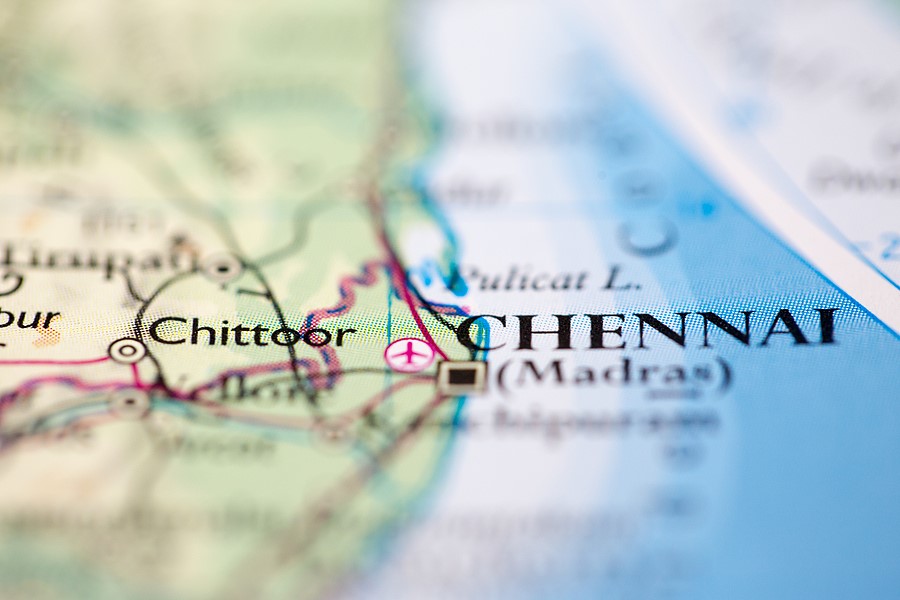 Chennai, the sixth largest city in India, is suffering some of the most extreme effects of climate change all at the same time, having to simultaneously deal with flooding, drought and water shortages as a result of climate breakdown.

As Bloomberg Green explains, the ancient port in south India is an example of what can happen when urbanisation and industrialisation expand in the face of extreme weather events, with flood plains paved over to satisfy demand for the likes of offices, factories and new homes.

The city itself sees an average of 55 inches of rainfall annually, which is more than twice that which lands on London, but in 2019 it became one of the first major cities around the world to run out of water and had to bring in ten million litres a day to supply the population. And it has just seen the wettest January in decades this year.

Part of the problem is that rainfall in the region is uneven, with the vast majority (up to 90 per cent) falling in November and December, the north-east monsoon season. When it rains, the rivers and lakes become too polluted, so the city has to rely on desalination plants and water being piped in from hundreds of kilometers away.

The news source went on to explain that both extreme weather events and climate change do have their part to play, but poor water management is actually the “main culprit for Chennai’s water woes”.

Nityanand Jayaraman, a Chennai-based writer and environmental activist, said: “Floods and water scarcity have the same roots: urbanisation and construction in an area, mindless of the place’s natural limits. The two most powerful agents of change – politics and business – have visions that are too short-sighted. Unless that changes, we are doomed.”

While Chennai may seem thousands of miles away, it’s important to remember that water stress and scarcity really is a global issue and one that will affect us even here in the UK in the future.

Understanding why water efficiency is important is a must for businesses the world over, so they can start to take steps to introduce water-saving solutions to help reduce water consumption and protect valuable resources for generations to come.

There are all sorts of strategies you can employ across your site that will reduce your water consumption and usage, helping the planet and saving you money in the long run, as well.

There are three main ways in which you can reduce water use: water leak detection and repair, water auditing and water monitoring, where remote monitoring equipment is tracked hourly for a decade to maximise efficiency and identify leaks immediately. If you’d like to find out more, get in touch with H2o Building Services today.