Has Global Leadership On Climate Failed? 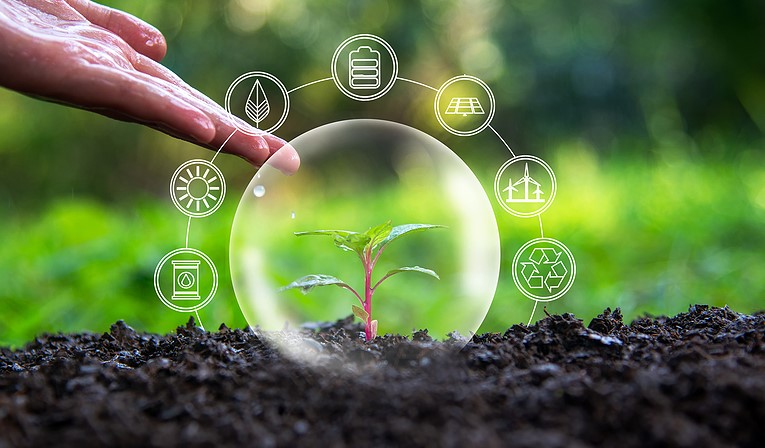 There can be no doubting the realities of the climate emergency, with the impact that human activity is having on the planet hitting daily headlines in the form of extreme weather events, rising global temperatures, water stress and scarcity, intense rainfall, megadroughts and more.

While much can be done to address the situation, it has become evident that the consequences of global warming are already being felt – and it has been suggested that, in fact, global leadership on climate has indeed already failed.

The latest report from the Intergovernmental Panel on Climate Change (IPCC), released on February 28th, has highlighted how human-induced climate change has led to dangerous and widespread disruption in the natural world, affecting the lives of billions all around the globe – despite the steps taken to reduce the risks.

Over the next 20 years, with global warming of 1.5 degrees C, the world will have to face multiple unavoidable climate hazards and even if we temporarily exceed this level of warming, severe impacts will be seen – some of which will be irreversible.

This, in turn, will increase the risks for society, including to infrastructure and low-lying coastal settlements – hitting those people and ecosystems that are least able to cope the hardest.

Commenting on the report, UN secretary-general Antonio Guterres described the evidence presented as an “atlas of human suffering and a damning indictment of failed climate leadership”.

The publication focuses on the impacts of climate change, as well as adaptation and vulnerability, revealing how both people and the planet are now being “clobbered” by climate change.

Mr Guterres went on to say: “Nearly half of humanity is living in the danger zone – now. Many ecosystems are at the point of no return – now. Unchecked carbon pollution is forcing the world’s most vulnerable on a frog march to destruction – now.”

Now’s the time to act

The report emphasises the need for urgent action to be taken immediately in order to deal with the risks, with increased flooding, heatwaves and droughts already pushing plants and animals past their tolerance thresholds and driving mass mortalities in species like corals and trees.

Exacerbating the issue is that these extremes of weather are taking place at the same time, which means the resulting impacts are becoming increasingly difficult to manage. Millions of people are now being exposed to acute food and water insecurity, especially in the Arctic, on Small Islands, in Central and South America, and in Africa.

Accelerated action is now required in order to adapt to climate change and to avoid mounting loss of life, biodiversity and infrastructure.

But, thus far, progress in this regard has been uneven and there are growing gaps between the measures being implemented and what is actually needed in order to manage the increasing risks… and these gaps are largest among lower-income populations.

Chair of the IPCC Hoesung Lee said: “This report recognises the interdependence of climate, biodiversity and people and integrates natural, social and economic sciences more strongly than earlier IPCC assessments. It emphasises the urgency of immediate and more ambitious action to address climate risks. Half measures are no longer an option.”

What needs to be done?

The report goes on to provide new insights into the potential for nature to both reduce climate risks and improve people’s lives.

UN scientists emphasise that climate change interacts with global trends, such as increased urbanisation, unsustainable use of natural resources, pandemics, social inequalities, loss and damage from extreme events – all of which converge to jeopardise future development.

Hans Otto Portner, IPCC Working Group II co-chair, observed that restoration of degraded ecosystems and conserving between 50 to 80 per cent of land, freshwater and ocean habitats on earth “effectively and equitably” would see society benefit from nature’s capacity to absorb and store carbon.

“Healthy ecosystems are more resilient to climate change and provide life-critical services, such as food and clean water … We can accelerate progress towards sustainable development, but adequate finance and political support are essential,” he went on to say.

The window of opportunity is closing

This finding alone underlines just how urgently climate action is required, with a focus on equity and justice. More effective adaptation and emissions reductions will be seen through adequate funding, political commitment and partnership, and technology transfer.

Mr Otto Portner further added: “The scientific evidence is unequivocal: climate change is a threat to human wellbeing and the health of the planet. Any further delay in concerted global action will miss a brief and rapidly closing window to secure a liveable future.”

What can businesses do?

There are a range of strategies that businesses can employ to help fight against climate change. Setting ambitious yet achievable goals for sustainability over the long term is now key, with greater scrutiny placed on technology choices and supply chains.

Targets for carbon negativity and only using renewable energy for business operations could form part of a successful climate change adaptation and mitigation strategy for companies across all sectors and in all industries.

The environmental implications of all business decisions is a must for any robust and effective sustainability strategy, covering everything from heat-free technology to reduce energy consumption to reviewing the environmental commitments of those throughout their entire supply chain, ensuring that they align with their own values and ambitions.

Find out why is water efficiency is so important? Get in touch with the team here at H2o Building Services today to find out more.