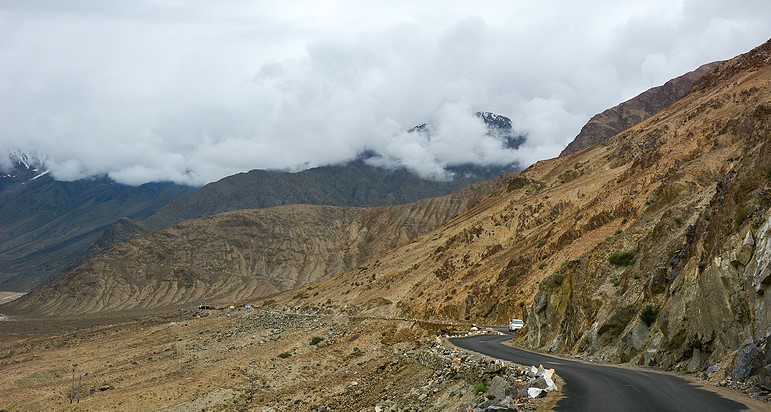 In order to help address the issues of water stress and scarcity in some of the driest and most remote parts of the world, scientists are now increasingly looking at how ice stupas could provide vital water to rural communities in some of the coldest and most arid regions globally.

The Cryosphere and Climate Change research group at the University of Aberdeen is now working alongside the Jawaharlal Nehru University in New Delhi, as well as ice stupa teams, to gain a better understanding of local microclimates, as well as how to prevent water freezing in pipelines and site selection, and how to improve water distribution across multiple villages.

Research shows that glacier shrinkage in Ladakh in northern India has increased dramatically over the last 20 years. The region is a cold desert, with very little in the way of precipitation, so ice stupas have become something of a lifeline, providing essential meltwater to extend the crop growing season.

The ice stupas themselves are built next to where water is most needed and the size and shape of them makes them inexpensive, efficient and easy to maintain, releasing millions of litres of water every year.

Professor Matteo Spagnol of the Cryosphere and Climate Change Research Group explained that glaciers are good indicators of climate change, with climbing temperatures causing shrinkage. They also represent an “irreplaceable source of freshwater” for many communities.

Dr Anshuman Bhwardwaj made further comments, saying: “We are working closely with our partners in the Ice Stupa project team to help with some of the aspects of the technical and logistical challenges and also looking to better understand the rate of glacier retreat and how this can inform our strategy going forward.”

The majority of the villages in the region now face acute water shortages, especially during April and May, when little water can be found in the streams and villagers all compete for the water required to irrigate newly planted crops.

Come June, there is an excess of water, with flash flooding also often seen because of the fast melting of the mountain glaciers. And by mid-September, all farming activities have ended but a smaller stream flows throughout the winter months, without being put to good use.

The problem is now being exacerbated by global warming and local pollution, which is causing the Himalayan glaciers to disappear.

Do you want to find out why water efficiency is important? Get in touch with the team here at H2o Building Services to see how you can reduce the water footprint of your business today.