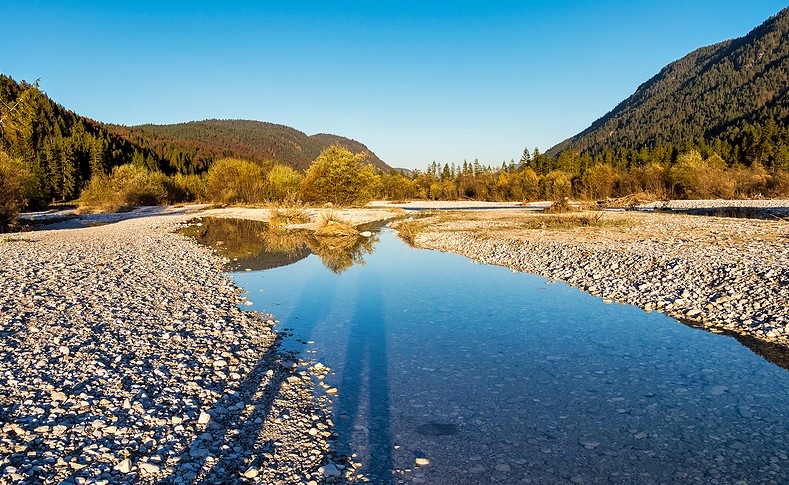 The head of the UFZ Water Resources and Environment Research Unit has issued a stark warning about the water crisis in Germany, saying that many regions have seen the buildup of a “significant water deficit”, particularly in the last three years.

Dietrich Borchardt explained to international broadcaster Deutsche Welle that too little rainfall has been seen in the country this winter, as has been the case for the previous two winters, as well, which has meant that some dams now have water levels far below average, putting the nation’s drinking supply at risk.

He went on to say that the summers of 2018 and 2019 could soon become normal for the country in 30 years’ time or so, as a result of climate change.

“Currently, we are facing a stress test. We have to find a new way of dealing with increasingly scarce water in many areas – in agriculture and forestry, in the water-intensive energy industry, as well as in inland navigation or water management for cities,” Mr Borchardt continued.

The drought monitor at the Helmholtz Center for Environmental Research shows that January 2021 is drier than the same time last year, with very severe drought being seen in deeper layers of soil, which means that trees are now suffering from a lack of water.

If rainfall levels do not improve, agriculture in the country will start to require additional irrigation, which could drive competition with public water supplies, particularly in the summer months, according to Jorg Rechenberg, head of the Water and Soil Division at the Federal Environment Agency.

He said the agriculture sector will need to change, whether that’s focusing on rainwater harvesting, using plants that are adapted to their specific locations or more advanced irrigation techniques, such as drip irrigation, where pipes deliver water to the roots of plants with greater levels of accuracy.

However, the majority of Germany’s water is consumed by mining, industry and the energy sector, and there is currently little in the way of incentives to encourage them to save water.

If you, as a business, are concerned about water stress and scarcity (which is fast becoming one of the most pressing global issues we face), investigating alternative water sources could be a good first step to take in order to reduce your impact on the planet and help safeguard freshwater supplies for future generations.

There are all sorts of different strategies you could consider, but it can be tricky to know which is best for you and your organisation, which is where the team here at H2o Building Services really comes into its own.

We can carry out a site audit to see how and where you use water and advise you on the best water-saving strategies for your business. Get in touch with us today if you’d like to find out more.