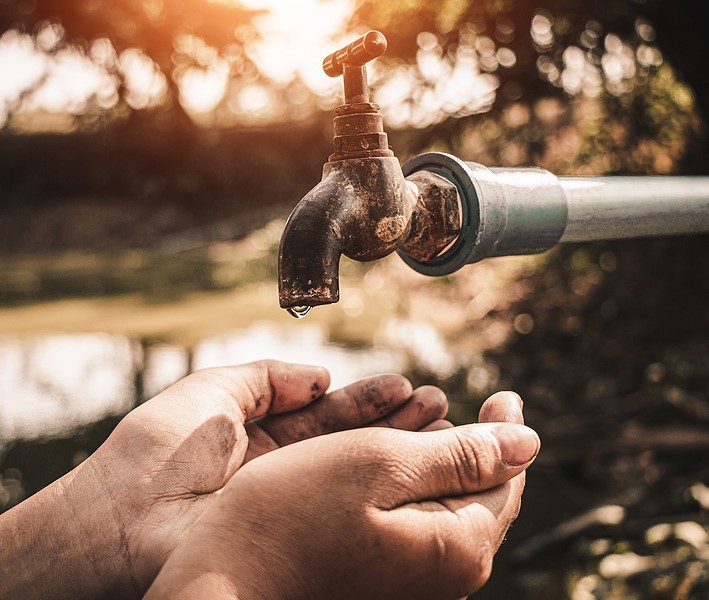 More than a billion people around the world now face the threat of being displaced by the year 2050 because of new ecological threats, conflict and civil unrest, with sub-Saharan Africa, South Asia, the Middle East and North Africa facing the biggest number of dangerous environmental changes.

This is according to a new report from the Institute for Economics & Peace (IEP), revealing that the 19 countries with the most ecological threats are among the 40 least peaceful countries in the world, including Afghanistan, Syria, Iraq, Chad, India and Pakistan.

By 2040, 5.4 billion people – which is over half the world’s projected population – will live in the 59 nations experiencing high or extreme water stress and insecurity, including both India and China.

The Ecological Threat Register analyses the risks posed by water stress, population growth, food insecurity, droughts, floods and cyclones, rising temperatures and sea levels. Pakistan was found to be the country with the largest number of people at risk of mass displacements, followed by Ethiopia and Iran.

Here, even small natural disasters and ecological threats could result in mass displacement, having an impact on regional and global security.

Founder and executive chairman of the IEP Steve Killelea said: “Ecological threats and climate change pose serious challenges to global peacefulness. Over the next 30 years, lack of access to food and water will only increase without urgent global cooperation.

“In the absence of action, civil unrest, riots and conflict will most likely increase. Covid-19 is already exposing gaps in the global food chain.”

It’s worth remembering that regions with high resilience, such as Europe and North America, are also not immune to the wider impacts of ecological threats, such as a significant rise in the number of refugees.

Businesses in the UK may well be motivated by this latest report to start taking action now to reduce their reliance on mains water supplies to help safeguard this resource for future generations – important given predictions that parts of the country will be facing water stress and security issues in as little as ten years’ time.

You could, for example, start looking into commercial water recycling as a way of achieving this, one of the best and most efficient ways to save both water and money across your business.

This involves using the oft-discarded water from activities such as toilet flushing, irrigation and vehicle washing to save you money on valuable mains water. Systems can be set up that make use of wastewater, cleaning it and making sure it’s returned to waterways, where it can then be reused for irrigation and even drinking water in some cases, once it has been treated.

If you’d like to find out any more about how you can save water and money in the future, get in touch with the team at H2o Building Services today.