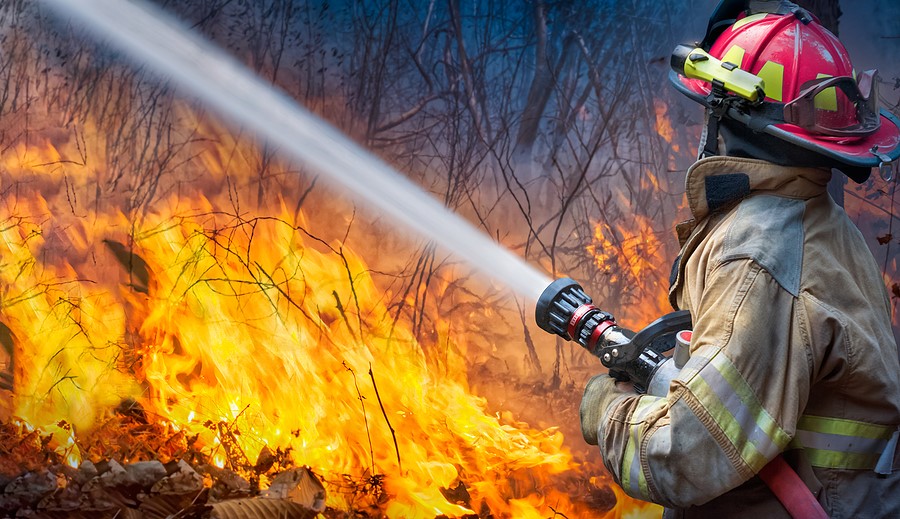 NI Water has issued a warning to people in the local countryside or in the mountains that there is a greater risk of wildfires at the moment because of a rise in activities like littering, disposable BBQ use and the burning of waste, coupled with strong easterly wind conditions.

The warning comes after more than 100 firefighters were called out to tackle a blaze in the Mourne Mountains, with coastguard helicopters used to move servicemen and women into remote areas to help get the fire under control.

The blaze itself was declared a major incident, engulfing the lower slopes of Slieve Donard and affecting the Glen River Valley and Thomas Mountain.

The water supplier has asked people not to light fires in and around forests or open land, as well as not trying to intervene or fight fires under any circumstances. If a fire is in evidence, the advice is to gather all group members together and relocate to somewhere safe and fuel-free, such as a car park, upwind of the fire.

She went on to say: “A water catchment is where water is collected by the natural landscape into rivers, lakes and streams. NI Water controls 24 drinking water catchments supplying water to all of Northern Ireland. While we are working hard to deal with the problem of wildfires, we can assure customers that tap water quality is unaffected and is of a very high quality.

“However, wildfires within these catchments not only pose a terrible risk to all life but removes the primary layer of vegetation, leaving the burned bare soil exposed to erosion which then makes its way into the reservoirs which is treated to become our drinking water.”

Recent research from the University of Reading revealed that, in just a few decades’ time, climate change could see the hot and dry conditions that put parts of the UK in severe danger of wildfires once a century take place every other year.

As temperatures increase and the amount of rainfall seen in summer drops, conditions that are highly conducive to wildfires could be almost five times more common in some regions by the latter part of the century. In the very driest regions, this could put habitats at risk for up to four months per year on average.

The projected increase in fire danger is down predominantly to hotter temperatures, stronger winds, lower humidity and less rainfall predicted for the UK in future decades as a result of climate change.

Do you want to find out more about commercial water conservation? Get in touch with the team at H2o Building Services today.