Be Inspired By World Water Week This Year! 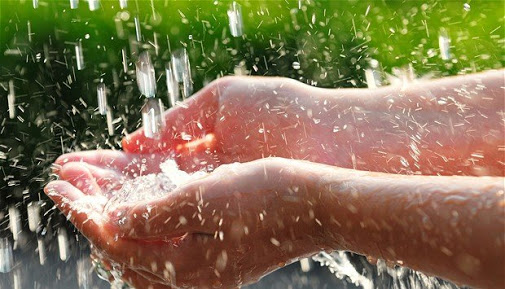 This year’s World Water Week has just come to a close, running between August 26th and 31st, and there’s no better time for businesses around the UK to really focus on commercial water saving in a bid to help support the environment at a time when water stress and scarcity is a growing problem around the world.

Organised by SIWI, 2018’s event addressed the theme of water, ecosystems and human development. It opened in Stockholm by issuing a call for more nature-based solutions to help solve issues such as poor water management and stressed ecosystems, which result in poverty and violent conflicts.

The realisation is growing that people are becoming increasingly vulnerable to water shortages, extreme weather events and social unrest. Climate change, rapid urbanisation and unprecedented economic and population growth have all contributed to stressed ecosystems and put even more pressure on our limited water resources.

In order to help resolve these problems, societies have to find and introduce solutions that work with instead of against nature.

In his welcome address, executive director of SIWI Torgny Holmgren said: “With the rapidly growing demand for water, it is becoming increasingly clear that water is everybody’s issue. Scarcity of water has become the new normal in so many parts of the world. City parks retain rain, improve the microclimate, contribute to biodiversity – and look good doing so.

“Green solutions are, in addition, also often much more resilient than grey. They tend to bend rather than break under pressure. They can repair themselves and restore their functionality also after significant damage.”

There are numerous ways in which you and your business can start making changes to how you use your water – which will have the added benefit of reducing your water bills at the same time, which is certainly not to be sneezed at!

You could, for example, start looking into commercial rainwater harvesting, which is the process of collecting and storing rainwater on the roof area of your premises. This water is later filtered and reused instead of your mains water for uses such as laundry and process water, vehicle washing, toilet flushing and similar.

Or you could find that water recycling is a better fit for you and your company. This involves using the oft-discarded water from typical activities such as vehicle washing, irrigation and toilet flushing to help save your company money on valuable mains water.

Do a bit of research into companies like Anglian Water, which already uses a water recycling system to use this waste water more effectively. The water is cleaned and returned to the rivers, so that it can be reused for irrigation and even in some cases drinking water (after it’s been treated, of course).

This latter strategy is especially good for businesses in the leisure and hospitality sectors, as well las others, and you could even succeed in saving up to 50 per cent on water costs. Get in touch with us here at H2O Building Services today.