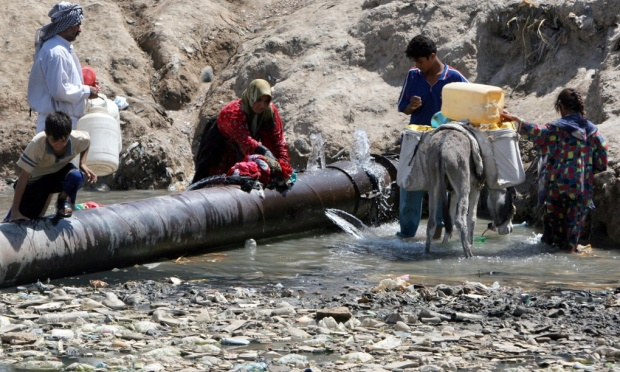 It seems never a day goes by that we do not see a water shortage or drought issue in an increasing number of countries across the globe.

Water consultants H20 Building Services point out over the last few months we have seen reports such as : –

China on the brink of severe water crisis

This list goes on and on which now includes the UK!

We have already heard that the farmers are struggling due to freezing conditions in the winter and now near record temperatures coupled with zero rain for weeks.

With further hosepipe bans not far off and stories in the media steadily increasing on the subject of water shortages, hosepipe bans and potential for drought is in the UK.

It is of course agreed to take stock and not waste water as it is a valuable resource and essential to life itself with the heatwave set to continue for a few more weeks yet or indeed much longer, what are the impacts of low or none existent rainfall.

When we get hot dry weather which continues for long periods the balance between water consumption and water replenishment becomes more and more unequal and our environment starts to get stressed.

With rivers and water ways dropping to low levels or even as now being seen in the midlands canals drying up and the fish and wild life struggling to cope.

Each day somewhere around 17 billion litres of water is pumped into the UK water mains infrastructure, serving more than 60 million consumers both residential and businesses, the average water consumption for each person is around 150 litres per day.

Water primarily comes from naturally occurring underground storage which are called aquifers but it is also pumped from rivers and reservoirs but 17 billion litres is pumped into our water mains infrastructure whether there is rainfall to replace it or not.

Where we have long hot dry conditions with zero rainfall severe groundwater droughts can continue even though we may well have above average rainfall.

We may well have heavy rainfall from time to time but our water resources may still be suffering.

So is the UK about to go into a drought ?

It appears not according to Water Uk an organisation which works with and represents the UK major water and waste water companies in Scotland, England, Wales and Northern Ireland.

Even though Northern Ireland has recently announced a hosepipe ban ! – How bizarre .

On the UK mainland however water providers have said there are no water restrictions planned sighting reservoirs are well stocked.

With the regulator OFWAT highlighting Thames Water water leak issues according to official statistics Thames Water has water leaks amounting to a staggering 40 percent of average daily consumption of a 4 person residential house hold which places huge pressure and stress on water stocks and the environment.

OFWAT says simply by fitting smart meters to residential sites there prediction would be a reduction in water consumption of 15 percent.

Meanwhile as more and more countries water stocks dwindle and global water scarcity spreads to others nations may be we ought to be playing a more leading role and start to “Value water more” as drought and water scarcity is causing environmental issues and they will come knocking on the UK’s door when we least expect it.