Scottish Water a law unto themselves – Water consultants H20 Building Services appalled at the level of overcharging.

Scottish water is a statutory corporation that provides water and waste water services across Scotland.

Those firms that have a water retail licence in Scotland buy wholesale water and waste water services from Scottish Water and retail these services to customers in Scotland. 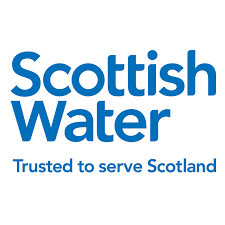 So you would  think that customers would be treated fairly when quoting for services that only them and their nominated contractors can perform?

WRONG – in fact it appears they have a licence to print money and its big money!

Whether you are a residential customer or a commercial customer if you need a new water connection or a disconnection from the Scottish Water supply an application to Scottish Water must be made. In this case water audit experts H20 Building Services were commissioned to disconnect two small water supplies that were no longer required 25mm and  40mm supplies.

As the application was commercial H20 Building Services had to make the water disconnection application via the customers water retail provider Water Plus.

Some weeks later H20 Building Services received a quotation from Water Plus of £6,830 of which approx £819 was Water Plus project management fee leaving over £6,000 due to Scottish Water.

H20 Building Services accepted the costs as the level of trust was high given Scottish Water actually quote “reasonable costs”. H20 also requested photographs of the works so as to accuratly quantify the level of works actually undertaken, as water industry experts at H20 would be able to audit the costs on completion.

There was resistance via Scottish Water when they received the request for the photographs.

The water supply disconnections were completed just before Christmas 2017 without prior notification as had also been requested.

It transpires the contractors completed the project within one day, photographs of the excavations and pipe work alterations were provided after further requests and H20 completed an audit of the costs.

Estimated materials for tarmac and cap end fittings less than £100 leaving labour for one days work for 2 men at £5,900!!

The Senior Partner and water industry expert at H20 Building Services launched an immediate appeals and claim for a refund as he had now seen the full extent of the works the costs were estimated at less than £1,000, the considered excess charges by Scottish water were £4,900.

Senior Partner of H20 Graham Mann commented “This is quite an appalling abuse of trust and a licence to print money. The pipes we had disconnected were small supplies, if we assume that 1,200 disconnections / new connections are on average based on small pipes and Scottish Water charges are average then that is an income of £3.54million per year of which if this is the average  pricing for this work the overcharges are on a scale of 80%. Then  over the last 10 years since water deregulation in Scotland with new connections / disconnections and other works Scottish Water could well have overcharges in the tens of millions to customers in Scotland”

The appeal for a refund of overcharges resulted in a refund of £3,010, a clear admission that Scottish Water overcharged our client.

Mann goes on to say ” We are still seeking further monies back from Scottish Water of at least £2,890. Over the last 10 years since the water market deregulated in Scotland I would guess customers are owed many millions and we shall be asking the Scottish Government and the Water Industry Commission for Scotland (WICS) and demand that Scottish Water open its books for a  water industry audit and examination going back 10 years as on the basis of its none competitive pricing structure it has shown utter contempt for customers in Scotland and taking advantage of ts monopoly position.

Now here is the bombshell, during a conversation with water industry colleagues and a senior Scottish Water manager the rate for re connections and disconnections will soon be a flat rate of £500! Yes you read it correctly £500

Begs the question did my appeal for a refund against the water disconnection charges rattle a few cages at Scottish Water? Who knows but one thing is for sure if the Scottish Government and  Water Industry for Scotland put pressure on Scottish Water to open its books to water industry expert scrutiny and £millions is returned to customers then that is a good thing”