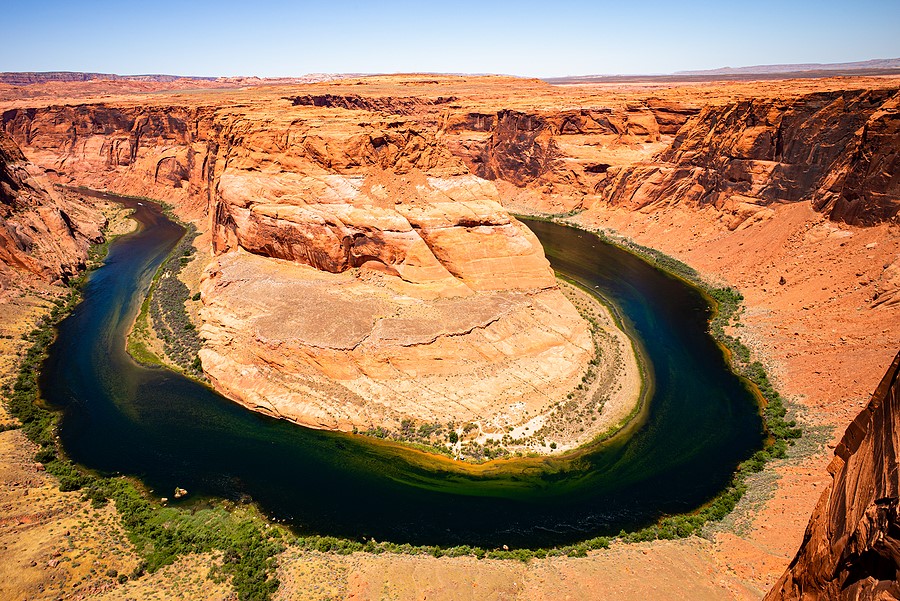 Climate change, global warming and increased water demands are having a big impact on the water levels in the Colorado River – and the situation seems to be even worse than scientists at first thought, according to new studies showing that water flows were down 20 per cent in 2000 and this is estimated to more than double by 2050.

More than 40 million people across seven states in the south-west, 29 tribal nations and Mexico source their water from the river, the BBC reports, with numerous major cities in the US heavily dependent on it for supplies.

Las Vegas, for example, sources 90 per cent of its water from the river, while for Phoenix and Denver it’s 50 per cent and 25 per cent for Los Angeles.

An agreement signed in 1922 states that each of these seven southwestern states have legal rights to certain amounts of water from the river, but this agreement was made under the belief that there was more water than there actually is.

This means that officials have to work out how to share amounts of water that don’t exist – and the amount of water is shrinking all the time.

Former general manager of the Colorado River District Eric Kuhn said: “On paper, we’ve allocated 30 per cent more water than what’s in the river today. And the science suggests that we’ve got a situation where climate change has impacted it even more. The river is probably a third smaller than what was anticipated when the contract was negotiated.”

Agriculture is also a concern, with over 70 per cent of the flow from the river used by this industry. As the river dries up, more water will need to be allocated to cities and suburbs, so farmers and ranchers will have less water.

As the news source explains, the current management guidelines for the river are due to expire in 2026, so conversations about conservation will need to be had sooner rather than later.

Speaking to Yale Climate Connections earlier this year, Anne Castle – senior fellow at the Getches-Wilkinson Center for Natural Resources at the University of Colorado – observed that some of the predictions being made about reduced flows in the river as a result of global warming “are so dire, it’s difficult to wrap your brain around them”.

She went on to say that there are no operating rules in existence for the kind of reduction in supply that is expected to be seen. And even though discussions about the river system will be taking place over the coming five years, it is questionable as to whether an agreement will be made about what would take place if flow reduced by 50 per cent.

The impact of climate change and increasingly hot temperatures will see more surface water evaporate. This means that water levels will lower, so water warms more easily – and thus, evaporates more easily, as a result.

Do you want to find out about off grid water solutions? Get in touch with H2o Building Services today.