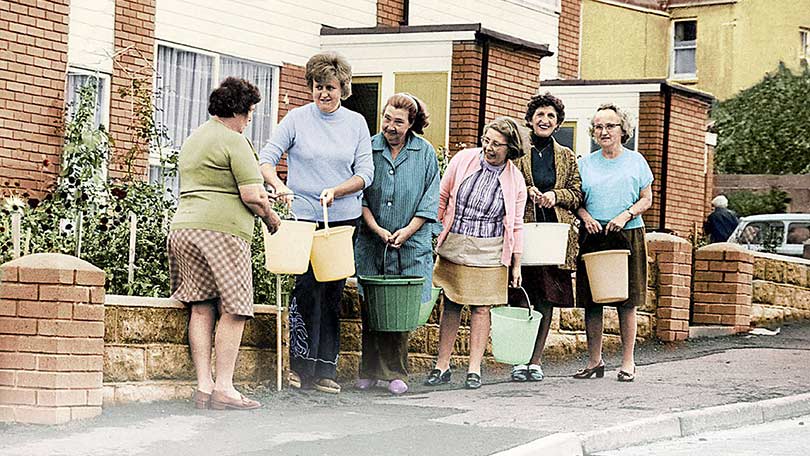 A new report has suggested that London is facing a water crisis and increased risk of both flooding and drought as a result of a loss of green space, ageing water pipes and a growing population.

Written by the Labour Party’s Leonie Cooper, deputy chair of London’s environment committee, the white paper notes that pipes in the capital have burst 26,000 times in the last four years, the BBC reports.

The Running Out or Flooded Out report estimates that Londoners use on average 149 litres of water each a day, which is five per cent higher than the national average.

As such, Ms Cooper called on mayor of London Sadiq Khan to help raise awareness among those living in the capital about how to conserve water, saying: “The capital’s changing and increasingly extreme climate has put London’s water supply under pressure in recent years, with ageing pipes unable to cope.

“London’s growing population is also putting pressure onto the capital’s sewerage system, causing pollution to be leaked into the River Thames and burst pipes.”

Ofwat, regulator of the water industry, said it would be publishing its own assessment of how to stop leakages and burst pipes in July. And a spokesperson for Mr Khan said he is already “holding London water companies to account”, after calling on them repeatedly to improve their leakage targets.

How you could start saving water today

If reading the above is a cause for concern and you’re starting to worry about the amount of water you’re using – and possibly wasting – at work, calling in water conservation consultants like H2O Building Services could be the answer you’ve been looking for.

Our nationwide consultancy service will provide you with all you need to save you money on your water bills, whether that’s through repairing any water leaks we find on site or validating your supplier rates.

We can keep track of how much you spend on water, as well as seeing how efficiently you use it and where potential savings can be made in the future.

You might also like to start looking into other strategies such as rainwater harvesting, which is where the water that builds up on the roof of your building is collected to be used in place of valuable mains water.

It can be used for the likes of toilet flushing, laundry, vehicle washing and more… so sit down to work out where you’re using the most water and if you could possibly use rainwater in its place.

If you’d like to find out more about the services we have on offer, get in touch with the H2O Building Services team today.