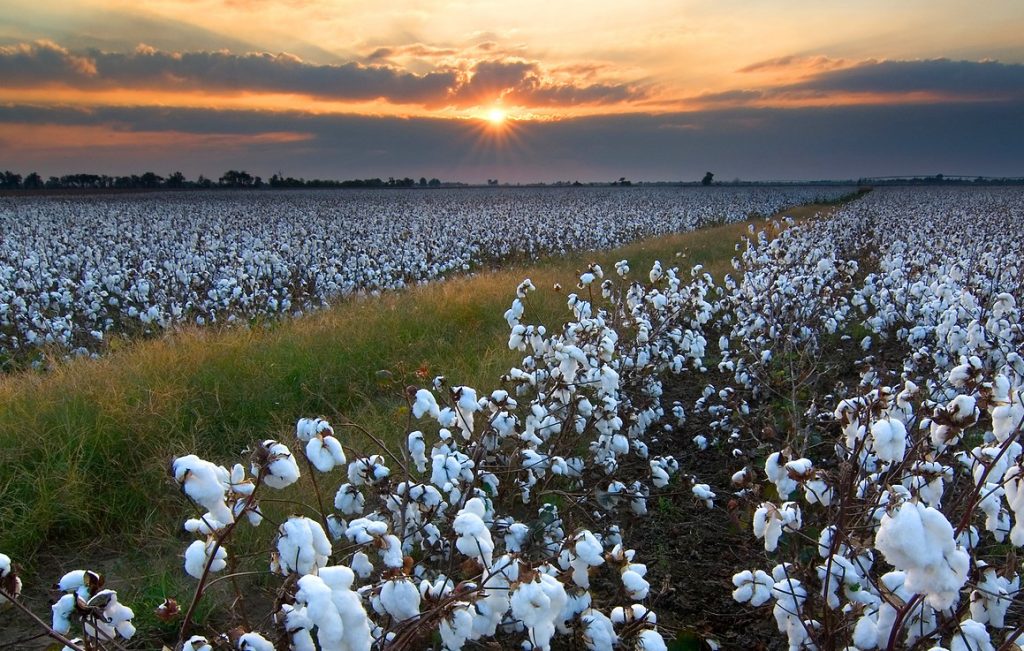 There’s a growing problem that the fashion industry is going to have to face sooner rather than later, it would seem, and that’s the issue of water stress and scarcity, which is going to become more extreme as climate breakdown advances.

In 2017, the water volume the fashion industry used was almost 79 billion cubic metres, which is enough to fill 32 Olympic-size swimming pools, according to Fashion United.

It’s interesting to break down how much water is used to produce one garment – with 5,000 gallons needed to make a single pair of jeans and a T-shirt… and it’s interesting to note that almost 20 per cent of global waste water comes from the fashion industry itself.

It’s expected that water usage will rise by 50 per cent come the year 2030, which is important to note given that some of the biggest cotton-producing countries are China and India, both places already seeing high or medium to high levels of water stress.

Water scarcity is going to become more extreme as time goes on, which means that the industry and cotton-growing countries may well find themselves having to choose between cotton production and clean drinking water.

It’s not just the production of raw materials that uses a lot of water, however, and there are other parts of textile processing that are also responsible. And water is then consumed further down the supply chain, with consumers washing their clothes – which can also be bad for the environment, releasing microplastics into waterways.

Given that the shortfall between the demand and supply of water is forecast to hit 40 per cent by 2030 in India and China, now could well be the perfect time for all those in the fashion sector to review their water usage to see what improvements could be made.

The first step is to arrange for water consumption analysis to be carried out, which will help save water and also save your business money at the same time.

A water audit will compare your water usage with what you’re being charged for and reveal any discrepancies that could have seen you overcharged. Recommendations can then also be made for reducing your usage to help reduce your costs.

If your audit does show that you’re wasting water somewhere, there’s a lot you can do to tackle the problem. Dripping taps and leaks on site can cost your company hundreds of pounds each year in water and sewerage costs, but repairs don’t have to be costly, time-consuming or complicated.

You can also look into water leak detection and repair, water recycling, rainwater harvesting… there is a lot you can do to start making your business operations more sustainable, saving you money and saving the planet in one fell swoop. If you’d like to find out more, get in touch with us today.