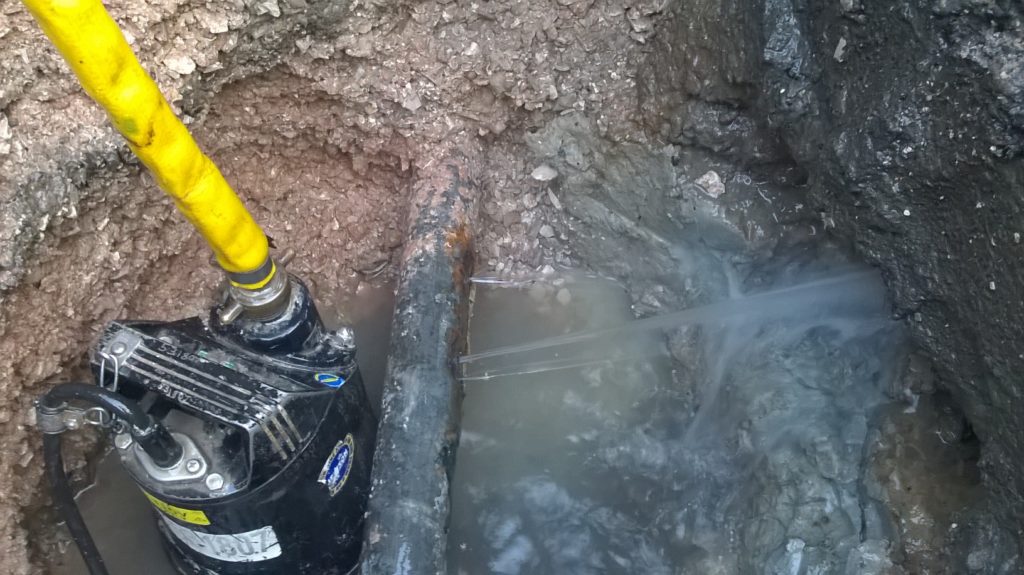 There are all sorts of ways in which water leak detection can be achieved, whether it’s through the use of automated meter readings, sniffer dogs, drones – and even divining rods!

But this is the first time we here at H2O Building Services have heard of taxi drivers being used by a water supplier to help them identify potential problems across their pipe network.

According to the BBC, Severn Trent has deployed Uber drivers to around 50 small leaks instead of technicians as a more cost-effective way of producing live video footage. These images are then sent back to engineers who are then able to dispatch the best teams to sort the job in question out.

The supplier, which covers an area from the Peak District to Gloucestershire, explained that it had been carrying out a series of trials over the course of two weeks in an attempt to find more efficient ways of identifying leaks.

“We’re now looking at all the trial results to see the best way to help our engineers spend more time doing what’s best for our customers by fixing leaks rather than simply assessing them,” it said in a statement.

However, the approach has drawn criticism from some quarters, with union GMB saying that the programme has safety implications for the drivers, customers and the general public. And Ofwat, the regulatory body for the water services industry, said it would expect all suppliers to think about whether they’re using the best tools and resources available to them.

Mr Fegan, national officer with the GMB, said: “When I found out Severn Trent are using taxi drivers to investigate leaks, I thought it must be a joke. But no one is laughing – this has got huge safety implications.

“And how is someone going to feel after they report a leak, expecting a Severn Trent worker to attend with a uniform and the necessary training, and a taxi driver turns up. They’d think it was a hoax call.”

The problem with leak detection is that such issues are so small that they’re incredibly hard to spot, tucked away below ground and occurring out of sight and out of mind. But remember that over time, even the smallest of leaks can become a big problem for businesses, causing all sorts of water damage and wasting a huge amount of water – which will end up costing you a lot of money in repairs and also increased bills.

The majority of pipes are located inside the walls or under the floor and unless you tackle leaks quickly, water will seep into the surrounding materials – resulting in mould growth and potential structural damage.

If you’d like to make sure you don’t have any leaks on site, get in touch with the team here at H2O Building Services to find out how we can help.

Water Industry Warned That Covid-19 Could Be Here For Years