So how do I protect my business from the financial impacts of a water leak as one firm racks up a £206,000 water bill!

Most business premises pay for their water and waste water charges by water meter, all water that passes through the meter whether it is actual usage or a combination of both usage and water leakage.

If a business has an unknown water leak the water bill that follows will have disastrous financial consequences for the business.

In this particular case Yorkshire based water industry experts H20 Building Services received a call from a customer concerned about a high water bill.

The water bill at the time was £80,000, however it now transpires the total water bill to date is a staggering £206,000, all this from a water leak? Yes 3 water leaks in fact and its not a straight forward case either. 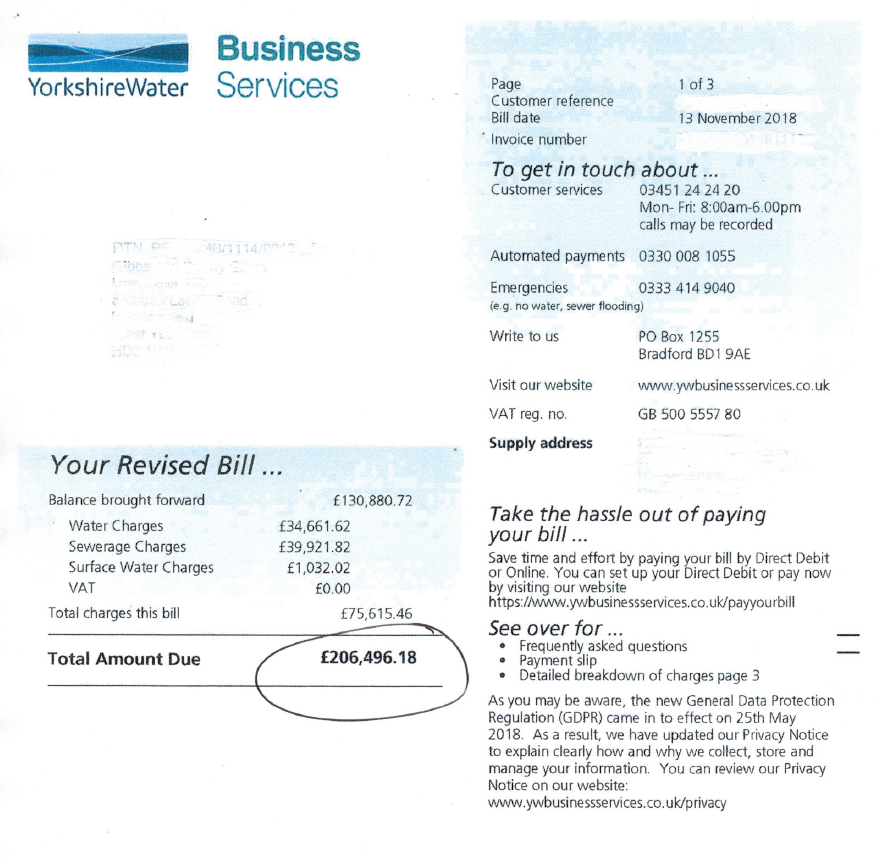 After the customer moved in a large water bill of £80,000 was received, a call was placed into the water company and in this case Yorkshire Water.

An engineer was sent by the water company and they surveyed the site and informed the customer that Yorkshire Water would repair the water leak so no action was required by the customer.

Several months passed and further water bills were received and the water bill was now over £130,000.

After a thorough water audit investigation it transpires there was a water leak which was on a water supply connection in the underground water meter chamber which has apparently been repaired, but the water company had no idea when.

Just imagine 48 fuel tankers each with a capacity of 30 cubic metres each parked end to end that is the total daily amount of water lost , draining into the ground from one water leak!

Since the water company have repaired the leak 2 smaller water leaks have been repaired.

Negotiations are now underway between the water company and H2O Building Services to credit most of the outstanding bill due to negligence and general poor process implementations which allowed the water leak to continue for many months before action was taken to repair, as the responsibility for the repairs on the water pipe fittings in the meter chamber underground were down to the water company.

The delay repairing the water leak resulted in the customer incurring a £206,000 water bill.

So how do you protect your business from the financial impacts of a water leak?

What is a water flow data logger? 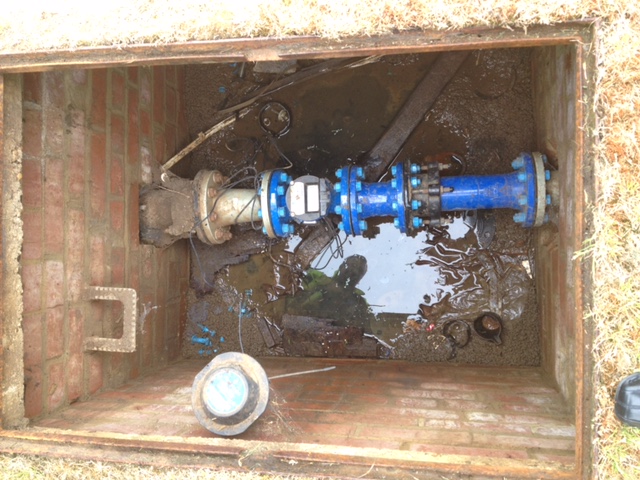 It is a device that is fitted to the water companies meter installed either inside the building on the incoming water supply, or on the water meter installed underground, usually on the boundary of the property and in the public highway.

The device is connected to a small connection point near the dial on the meter by means of a “pulse lead” this lead carries the magnetic pulse to a small box of tricks that sends the data via the mobile phone network to a data collection point and accessed via your P.C, tablet or mobile.

The data logging platform displays the water flow in either graphic form and or numeric display resulting in the user being able to monitor water flow.

The system can be programmed to alert in the case of a water leak so action can be taken to detect and repair the water leak immediately thereby minimizing the financial impact of the leak.

To ensure future water bills are based on actual automated remote readings not estimates.