Beavers Being Reintroduced As Part Of Water Management Plans 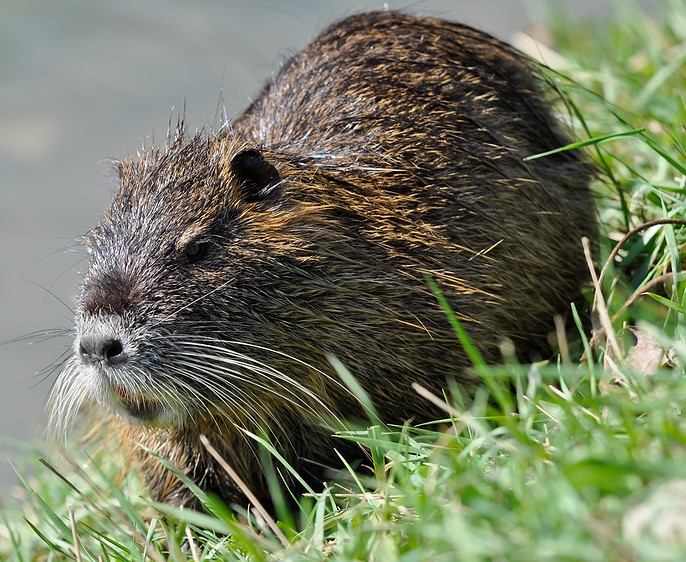 Once upon a time, beaver populations thrived in Eurasia and the northern hemisphere, but over the centuries they were hunted so much for their fur, meat and scent sacs that, by the 16th century, they sadly became extinct in many places – including the UK.

But now, beavers are being reintroduced in various counties around the UK, helping to modify local environments, supporting biodiversity and reducing the risk of floods.

The animals are known as a keystone species, which means that they’re good for nature, changing their environment to suit their particular needs and, in the process, creating complex wetland habitats for many other species.

Conservationists believe that beavers could potentially be the answer to finding new, natural and cost-efficient ways of reducing the risks of environmental disasters – and the animals have already been introduced to the South Downs, with more planned in Dorset, the Isle of Wight, Derbyshire, Montgomeryshire and Nottinghamshire.

Beavers use their strong incisors to eat bark, twigs and leaves off trees, breaking bigger branches into smaller pieces so they can build their dams and lodges on rivers. Beaver dams are useful for filtering and cleaning water, but they can also decrease the impact of floods by up to 60 per cent by reducing water flow.

This mechanism could also serve as a potential solution for periods of drought, where water in pools can be used as an additional resource, helping towns and cities that are prone to both extremes.

And not only that, but beaver dams and pools are also capable of capturing carbon. The dams hold back silt, which then locks up carbon and new plant growth, forming a carbon sink.

Chief executive of The Wildlife Trusts Craig Bennett commented: “The benefits for people are clear – beavers help stop flooding downstream, filter out impurities and they create new homes for otters, water voles and kingfishers. What’s more, people love seeing them and their presence boosts tourism in the countryside.

“We live in one of the most nature‐depleted countries in the world which is why we have a big ambition to protect 30 per cent of land and sea for nature by 2030. We’re calling on the government to come up with an ambitious strategy to enable beavers to return to help tackle the climate crisis and improve wetlands for wildlife.”

Climate change is expected to drive an increase in extreme weather events in the UK and the rest of the world. Last year, the Met Office said that industrial society is creating climate change and this is having a growing impact on weather in this country, noting that 2019 was the 12th warmest year in a series from 1884.

While the year was a warm one, it was also a wet one, particularly in parts of central and northern England. Dr Mark McCarthy explained that Derbyshire, Nottinghamshire, Leicestershire, Lincolnshire and Cheshire received between a quarter to a third more rainfall than would typically be seen.

For northern England, 2019 was the ninth wettest year in a series from 1862 – and many floods were seen throughout the year… so any attempts to mitigate the risks of flooding will surely be welcome news for all.

Do you need guidance with your water management plans? Get in touch with H2o Building Services today.