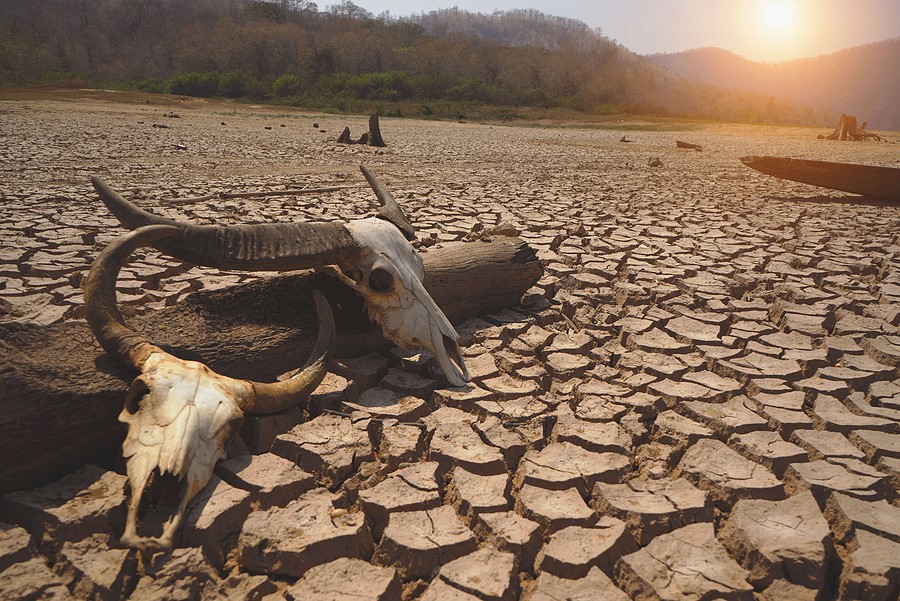 A new study based on a series of 27 global climate hydrological simulations spanning 125 years has suggested that the number of people around the world facing extreme droughts could double by the end of the 21st century.

Carried out by Michigan State University and reported on by the World Economic Forum, the study indicated that the global land area and numbers facing extreme droughts could rise from three per cent between 1976 and 2005 to seven or eight per cent.

It was also predicted that two-thirds of the world will see a large reduction in natural land water storage, as a result of climate change.

Terrestrial water storage (TWS) is the accumulation of water in soil, wetlands, reservoirs, lakes, rivers, snow, ice and groundwater, all of which are vital for global water and energy supplies. It modulates water flow within the hydrological cycle, as well as determining water availability and drought.

Lead author of the report Yadu Pokhrel, associate professor of civil and environmental engineering in the College of Engineering at Michigan State, explained that if the medium-to-high level of global warming we’re now seeing continues as it is, coupled with how water is currently managed, growing numbers will suffer from extreme droughts.

“Areas of the Southern Hemisphere, where water scarcity is already a problem, will be disproportionately affected. We predict this increase in water scarcity will affect food security and escalate human migration and conflict,” he went on to say.

Mr Pokhrel continued, saying that the findings are indeed concerning and this study is, in fact, the first one that presents a comprehensive picture of how land water storage will be affected by global warming and socioeconomic changes, as well as what this means for droughts until the end of the century.

Our findings highlight why we need climate change mitigation to avoid the adverse impacts on global water supplies and increased droughts we know about now. We need to commit to improved water resource management and adaptation to avoid potentially catastrophic socioeconomic consequences of water shortages around the world,” he added.

Figures from the UN now show that the amount of freshwater available for each person around the world has dropped by a fifth over a 20-year period, with over three billion people globally now affected by water shortages as a result of a rise in demand for water supplies, poor water management and climate breakdown.

The consequence of this is that billions of people will face hunger and widespread chronic food shortages because of failures to address the climate crisis effectively and safeguard such precious natural resources.

For example, in sub-Saharan Africa, there are now 50 million people living in regions where severe drought has had a big impact on crop and pastureland once every three years.

If you’d like to find out how you and your business can improve your own water management strategies, get in touch with H2o Building Services today.