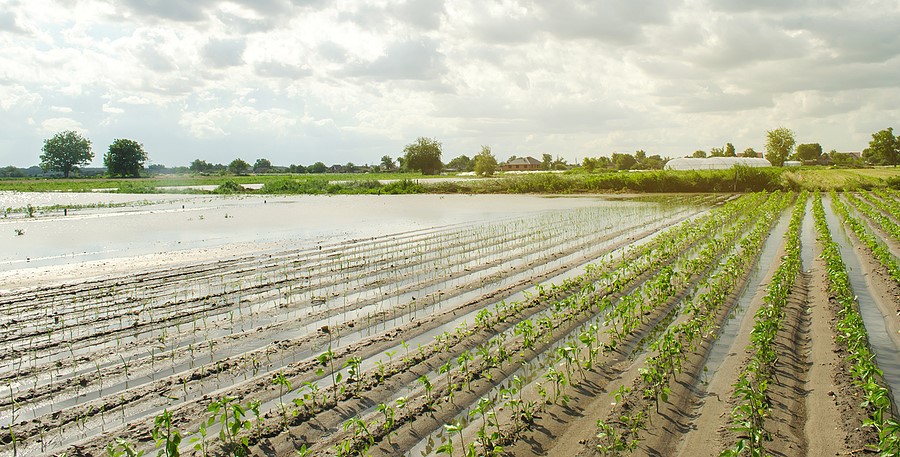 The NFU has issued a call for farmers to be given a more pivotal role in water management under the umbrella of a new national strategy, after heavy rain saw rivers and watercourses burst their banks, leaving swathes of farmland underwater.

A white paper from the organisation suggests that both farmers and growers should be given a more central role in managing land and water to deal with the combined problems of flooding and drought, Farmers Weekly reports.

The NFU is now eager to see an integrated strategy that prioritises water capture and storage when it is in surplus after flooding and wet weather events, which could then be used in agricultural production during periods of drought.

Stuart Roberts, NFU deputy president, explained that longer and more severe droughts are now being predicted by experts, as well as more frequent and intense rainfall events, so it’s vital that action is now taken to protect the UK’s food security environment and livelihoods.

“Climate change is the greatest environmental challenge we face. A joined-up approach to flood and drought risk management will, alongside work to achieve our net zero targets for greenhouse gas emissions, be critical in our approach to tackling this challenge,” he went on to say.

Regarding the proposed strategy, Mr Roberts said that it should recognise water for animal welfare and food production as essential, in the same way that the public water supply sector is.

Drought and flood risk management also needs to be more ambitious and innovative, including the construction of more innovative infrastructure, including reservoirs, dams and natural flood management features.

In the forthcoming environment bill, which is now making its way through Parliament, the government has set out joint regional plans for water resource management over the long term.

It also intends to support both farmers and land managers in England in the adoption of a more integrated approach to flood risk and management of water resources through the Environmental Land Management scheme.

It’s expected that climate change will see our winters become warmer and up to 30 per cent wetter, with heavy rainfall more likely. Since 1998, seven of the ten wettest years on record have been seen in the UK, while summers are now predicted to be hotter and up to 60 per cent drier.

It can also prove useful for other businesses in other industries to talk to water management consultants like H2o Building Services in order to help save water – and money.

Analysis of your water bills and a site audit can show you which strategies are the most appropriate for your site when it comes to reducing water consumption, with benefits including early water leak detection, bill accuracy and reduced bills. Get in touch with us today if you’d like to find out more.