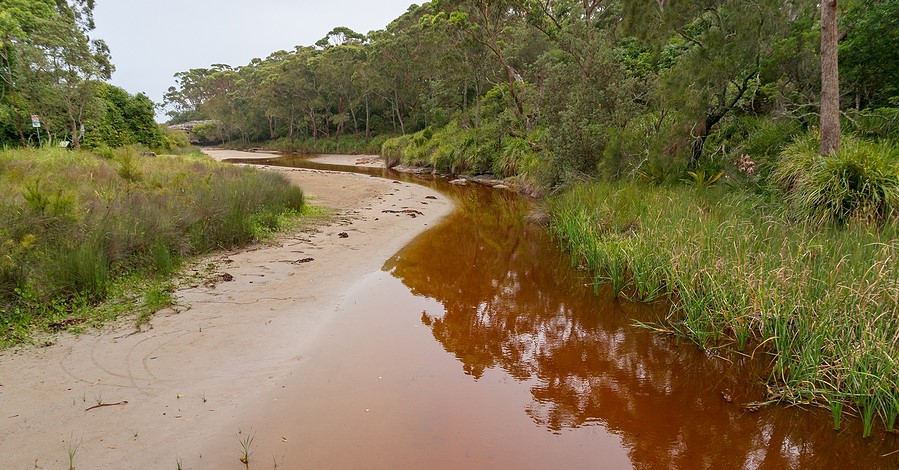 Utility company Northumbrian Water has been fined £240,000 and ordered to pay costs of over £34,000 after pleading guilty to two offences of polluting Coundon Burn in March 2017.

Newcastle Crown Court heard that on March 13th and 14th, a brick appeared to have blocked a combined sewer, which resulted in raw sewage pouring out of manhole chambers and discharging at Coundon Burn at Auckland Park in Bishop Auckland.

The incident was initially reported to the water company by a member of the public and a team attended to deal with the issue, with officers believing they had cleared the blockage.

But when they returned the following day, it was discovered that a second manhole downstream had started  discharging sewage into the burn. The pipe was cut into and a brick was found, surrounded by rags and raw sewage.

An officer from the Environment Agency attended and found a stream of discoloured water flowing into the River Gaunless from the burn. Sample results found that raw sewage had entered the burn, which could have been fatal to aquatic life. Further assessments revealed that approximately 300m of the riverbed had been covered in sewage material.

Rachael Caldwell, environment manager for the Environment Agency in the north-east, said: “We take our responsibility to protect the environment very seriously. Water companies are aware that their activities have the potential to cause serious environmental impacts and they have a legal duty to avoid pollution.

“The regulations are clear. Our officers worked tirelessly to bring this case to court and we’re committed to holding water companies to account.”

In May 2017, Northumbrian Water was also fined £540,000 for polluting a watercourse running through Heads Hope Dene in Castle Eden.

Holding company Northumbrian Water Group now has a new scheme in place for identifying, developing and including water environment improvement projects in its plan, which will see it invest around £1 million in total between 2020 and 2025.

It also has water catchment plans in place to improve water quality in the region’s water sources. In the River Coquet catchment area, for example, problems include water abstraction, farming, agriculture, bank erosion.

As such, Northumbrian Water has been working with Natural England’s Catchment Sensitive Farming project, as well as other stakeholders such as landowners and farmers, with the aim being to reduce the amount of sediment, phosphate, nitrate and pesticide from running off the land into the river.

Events, advice days and training on a range of topics are also hosted by the utility company, while one-on-one farm visits are available to give advice on fertiliser and pesticide handling and management, as well as agri-environment schemes, biobed installations and more.

Do you want to find out why is water efficiency important? Get in touch with the team here at H2o Building Services today to find out more.