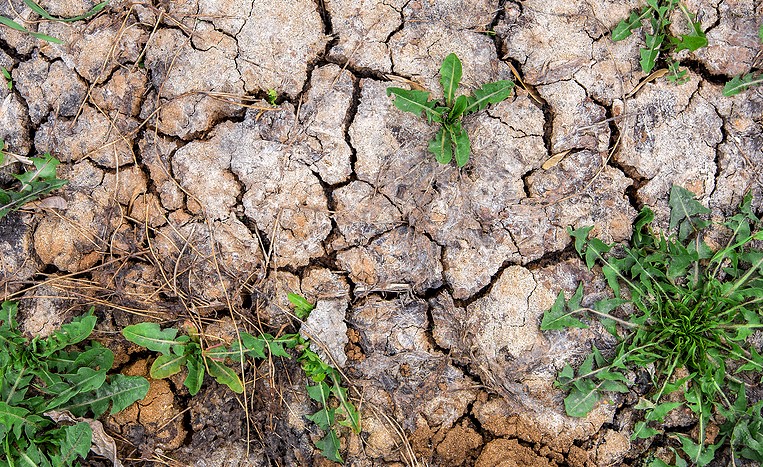 As the climate crisis intensifies around the world, drought conditions are becoming more frequent and drought risk is now expected to increase as a result of climate change in many vulnerable regions, particularly those seeing rapid population growth, food security challenges and vulnerable populations.

Water levels are now dropping in rivers, lakes and reservoirs all over the world – and one interesting consequence of this is that all sorts of hidden secrets are now being revealed, including archaeological sites, submerged ghost villages and historical artefacts, among others.

Just last week (July 19th), for example, the BBC reported that parts of a village that had been completely submerged when a new reservoir was built have now reappeared, thanks to a drop in water levels during the recent heatwave.

Yorkshire Water owns and runs Thruscross Reservoir in North Yorkshire and a spokesperson observed that water for the site feeds into Fewston, Swinsty and Eccup, so it’s unsurprising that levels drop during prolonged dry spells where it’s not topped up by rainfall.

Similarly, back in May, extreme drought conditions in Iraq resulted in the discovery of a 3,400-year-old Mittani Empire-era city, with the settlement emerging from the Mosul reservoir as the water levels dropped.

It’s possible that the city – which includes a palace and numerous large buildings – could be ancient Zakhiku and an important centre in the Mittani Empire.

Iraq itself is one of the most vulnerable countries in the world to climate change risks, with the southern regions in particular suffering from extreme drought conditions for months.

Large amounts of water have been drawn from the reservoir to stop crops from dying out, leading to the emergence of this Bronze Age city.

And looking even further back, to 2019, drought conditions in Spain led to the interesting reemergence of the country’s answer to Stonehenge… the Dolmen of Guadalperal.

These are the remains of a 7,000-year-old megalithic monument, made up of approximately 100 standing stones. Some of these stones are up to 6ft tall, arranged in an oval open space, Atlas Obscura reported at the time.

As part of his plans to modernise the country, Francisco Franco completed various civil engineering projects, including a reservoir and dam that saw the dolmen flooded in 1963.

Primitiva Bueno Ramirez – a specialist in prehistory at the University of Alcala – explained that environmental impact reports and so on weren’t common practice at the time. He went on to add: “You couldn’t believe how many authentic archaeological and historic gems are submerged under Spain’s manmade lakes.”

Spain and Portugal are now experiencing their driest climate for at least 1,200 years, so it’s likely that even more finds of archaeological significance could be uncovered in the relatively near future.

Of course, while these discoveries are no doubt interesting to see and hear about, they also serve to highlight the very real and very urgent issue of the water crisis. Drought duration and severity affects human societies and ecological systems… and dry conditions are now becoming more prevalent all over the world.

A report from the UN Convention to Combat Desertification (UNCCD), published back in May, revealed that weather, climate and water hazards can account for 50 per cent of disasters.

Between 1998 and 2017, droughts caused global economic losses of approximately $124 billion – and, now in 2022, over 23 billion people are experiencing water stress, while nearly 160 million children are facing severe and prolonged periods of drought.

Africa faces the most severe drought risks, making up for 44 per cent of the global total, but Europe has also been affected, with 45 major droughts seen over the last 100 years, affecting 15 per cent of land on the continent and 17 per cent of the population.

Here in the UK, we’ve just experienced some potentially dangerous temperatures, with the mercury topping 40 degrees C in some parts of the country… which perhaps is warning enough for us all that we are unlikely to escape the impacts of climate change and that drought is a possibility here as well, despite our famously damp and wet weather.

Recent research from the German weather service revealed earlier this month (July) that Europe is expected to see drier summers and winters more frequently as time goes on, with longer droughts and more intense heatwaves… all of which will put increasing pressure on the continent’s dwindling water resources.

And a report from the European Environment Agency, published last year, highlighted that around 30 per cent of Europe’s population is now affected by water stress in an average year. Experts are now predicting that this will get worse in line with climate change, increasing the frequency, magnitude and impact of droughts.

As such, it’s necessary for us all to look into how we can start using resources more efficiently… and the good news is that there’s a lot that can be achieved in this regard, particularly from a business perspective.

One of the best places to begin is to have a water audit carried out across your site, so you can see how and where you’re using water. Once you have this information, you can then start reviewing different water-saving measures to see which would be the most appropriate and successful for you.

You could also consider automated meter reading technology, which monitors your systems in real time and looks out for any spikes in usage that could suggest there’s a problem somewhere along the network. This would then enable you to take immediate action and help prevent water wastage.

If you’d like to find out more about water-saving solutions and what you and your business can achieve, get in touch with the team here at H2o Building Services today.